Here's a pre-GENESIS 92 character who may (or may not) be a participant in 2014's REVOLUTIONARY WAR series.

NIGHT RAVEN first appeared - of course - in HULK COMIC issue 1 and ran in the first 20-odd issues (I don't have the exact info in front of me) before succumbing to budget cuts.  It's a myth that the initial high quantities of originated British strips in HULK COMIC/ THE INCREDIBLE HULK remained for long and most were dropped within six months.  The sole survivor was The Black Knight.

The character was retooled as a text story for SAVAGE ACTION and then - like Captain Britain - played the cancellation-shuffle of the early eighties monthlies.

The Hulk-era strips were rerun in the pages of CAPTAIN BRITAIN monthly mid-decade and collected in trade paperback format a few years later.

A planned revival in the pages of STRIP (which had already serialised a DEATH'S HEAD series) was scuppered when the anthology was suddenly cancelled just before the strip was due to start.  Whoops. 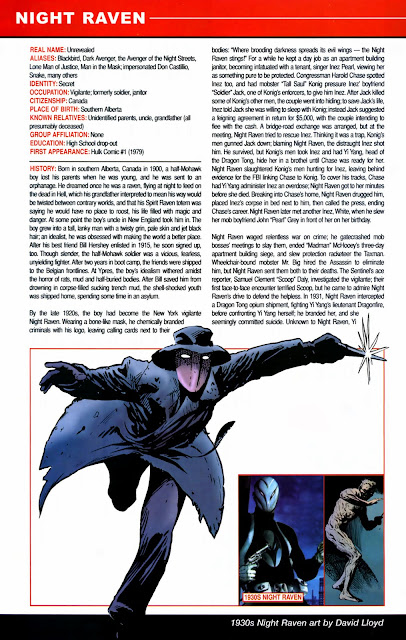 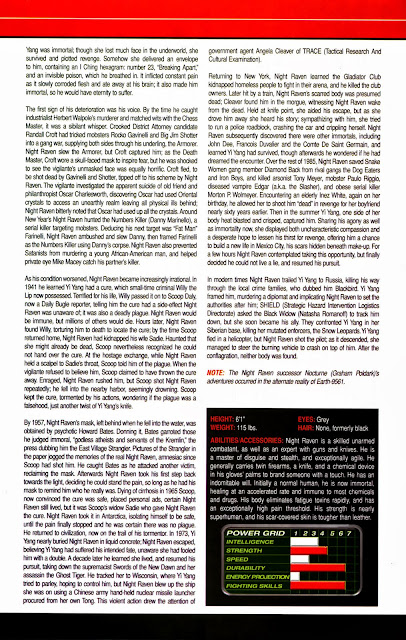