This is another long-forgotten title from the MARVEL UK back catalogue: a comic based on the animated THE REN AND STIMPY SHOW which was, briefly, a flavour of the moment way-back-when.

I have no idea how long the British edition ran for but the US edition, which supplied the material, ran for an impressive 44 issues between 1992 and 1994. 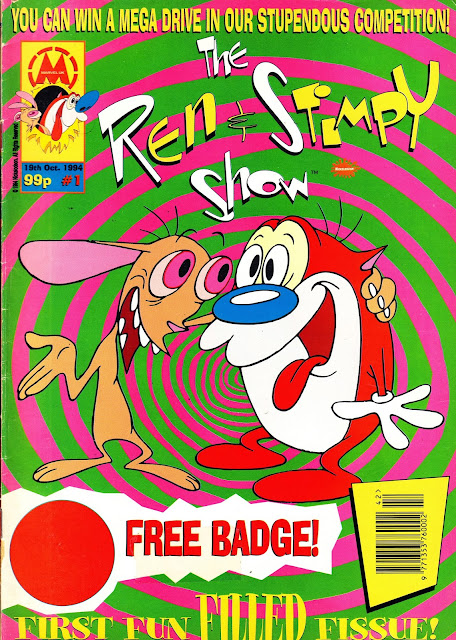 Email ThisBlogThis!Share to TwitterShare to FacebookShare to Pinterest
Labels: 1994, MARVEL UK, THE REN AND STIMPY SHOW