1979: SPIDER-MAN STRIKES BACK and THE THIEF OF BAGHDAD Double-bill

From April 1979: a UK print ad for the theatrical double-bill of SPIDER-MAN STRIKES BACK (compiled from episodes of the brief CBS series) paired with THE THIEF OF BAGHDAD.

This was presumably concocted to give the kids something to do during the Easter holidays. The fact that they were released a week apart depending on which side of the Thames you lived suggests that the finite number of prints were hauled off the projectors after a week, chucked in the back of an Odeon van and sent south to new (temporary) homes. 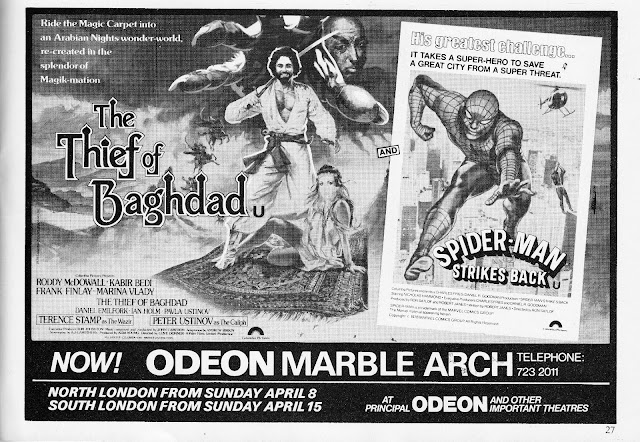