From March and April 1984: what a difference a week makes! The last old format (akin to the 1982-83 relaunch of EAGLE, or STARLORD from the previous decade) edition of IPC sports weekly TIGER and the first of the newsprint format already adopted by the bulk of the publisher's other weeklies.

This was another nail in the venerable weekly's coffin and a sure sign that sales (and therefore budgets) were seriously on the slide. Adopting what format across the range almost certainly simplified production and print contracts as well.

Tiger had launched back in 1954 and, from the start, had a heavy emphasis on sport. The changeover to a cheaper format (significantly not reflected in an amended cover price (IPC pulled the same trick with Eagle) happened exactly one year before the title folded into the pages of (surprise surprise) Eagle after 1,555 editions.

Perhaps unsurprisingly, little editorial hoopla was generated by the switch and the emphasis was placed squarely on the number of strips crammed into each issue. 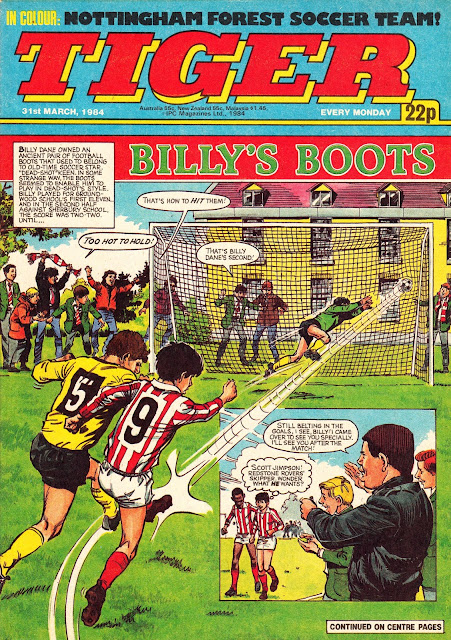 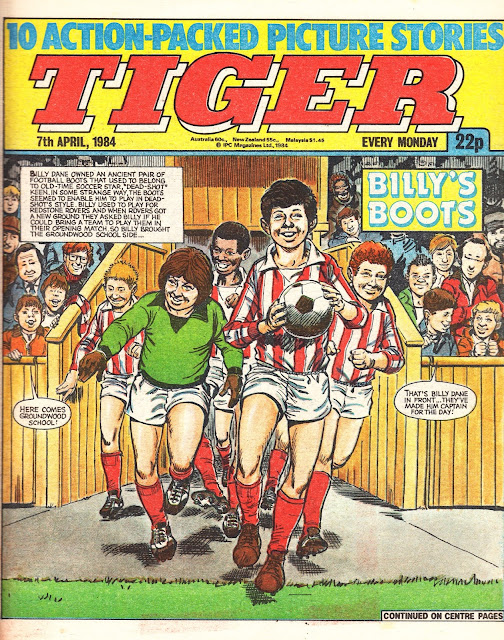