From December 1986: The final four issues of SPIDER-MAN AND ZOIDS weekly for the year.

It may be coincidence but its interesting that the bulk of the covers were devoted to the Web Head despite appearing in the run-up to Christmas and the peak period for toy sales. Could it have been that the British Bullpen were testing the appeal of Spider-man whilst formulating plans for splitting the title to allow the ZOIDS to go solo in 1987?

The Spider-man strip was also a crossover with concurrent issues of SECRET WARS II. 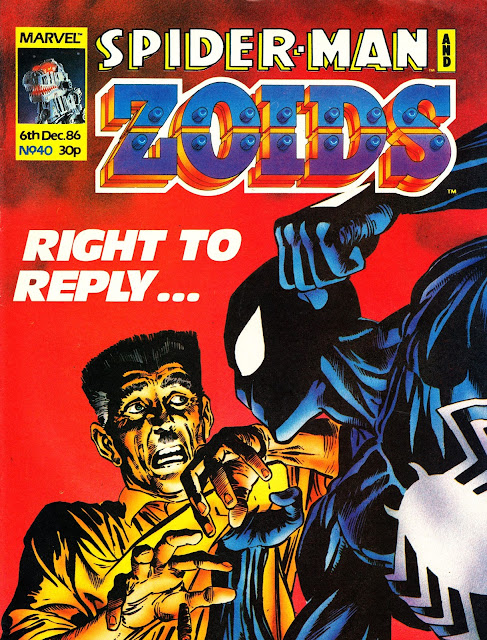 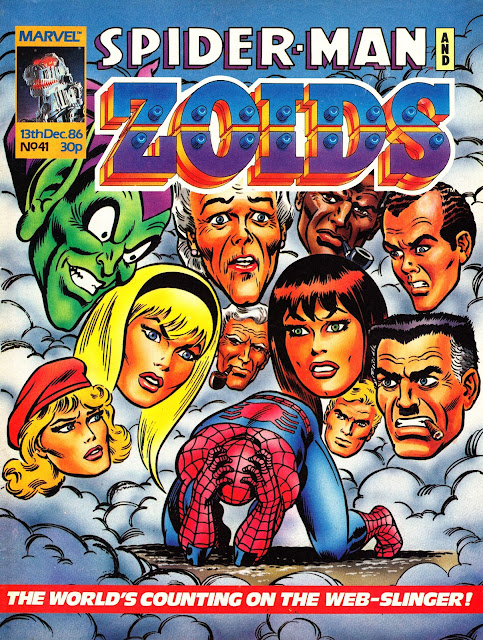 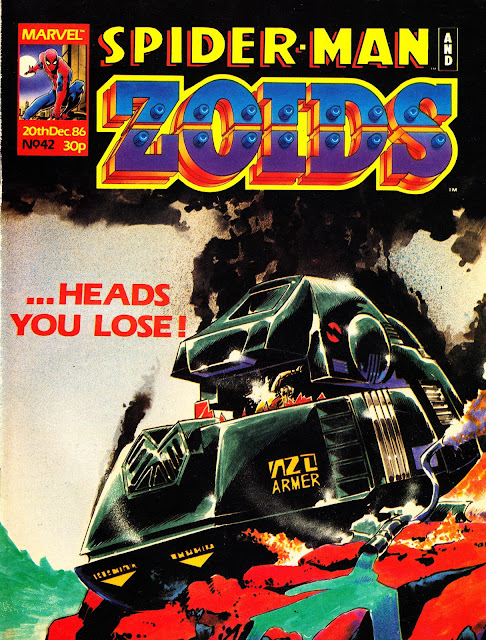 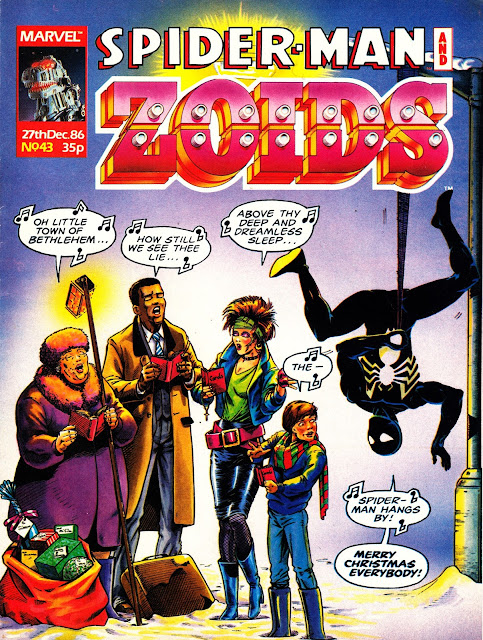