From November 1986: A bumper month for MARVEL UK's SPIDER-MAN AND ZOIDS weekly.

The Spidey strip continued the crossover with SECRET WARS II which kicked-off the previous month. A canny, and fairly unusual, way of cross promoting the two weeklies by encouraging the readers of one to sample the other. That combined readership, however, must still have been pretty small as both titles were defunct within the next couple of months. The crossover fan between issues 33 and 36.

Other things happening in an eventful month: the STAR BRAND strip bowed out after a brief run in issue 37. If you want to know what happened next Marvel have just reissued the first ten issues as a trade paperback collection. The British Bullpen did eventually explain why they curtailed the run... and I'll post that sometime soon. Redan Place's commitment to the New Universe was transitory at best and they dropped this and SPITFIRE AND THE TROUBLESHOOTERS (in THE TFANSFORMERS) pretty promptly.

The following week marked the arrival of STRIKEFORCE: MORITURI, another non-core US strip presumably deemed self-contained enough to work well for a British audience. 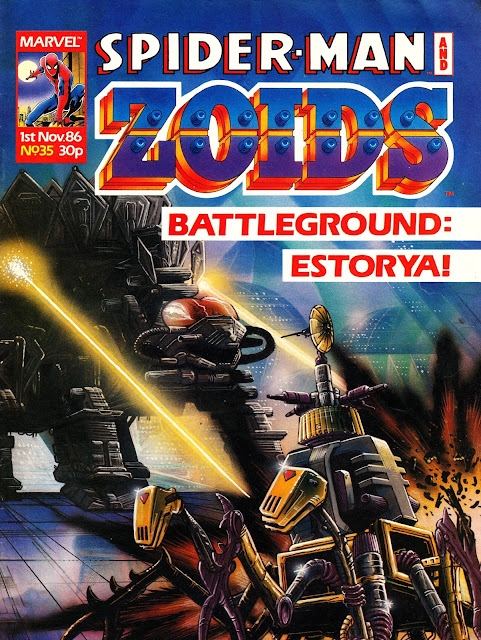 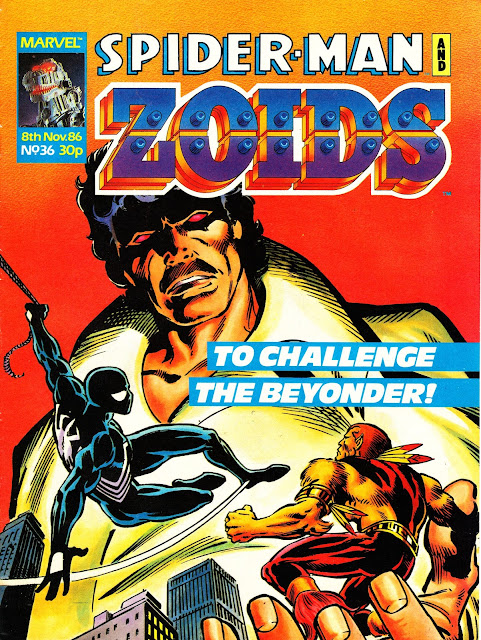 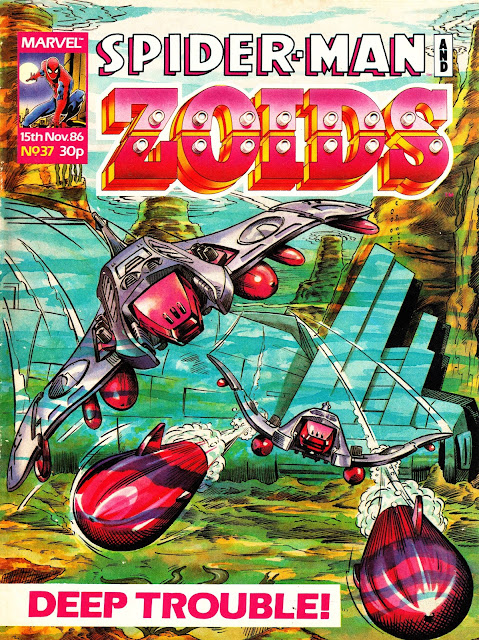 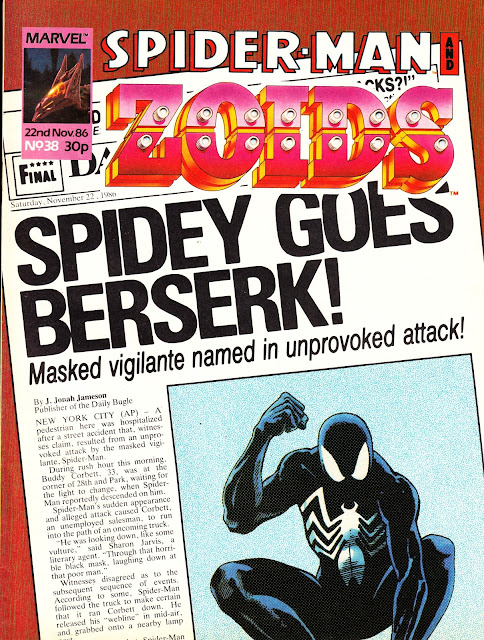 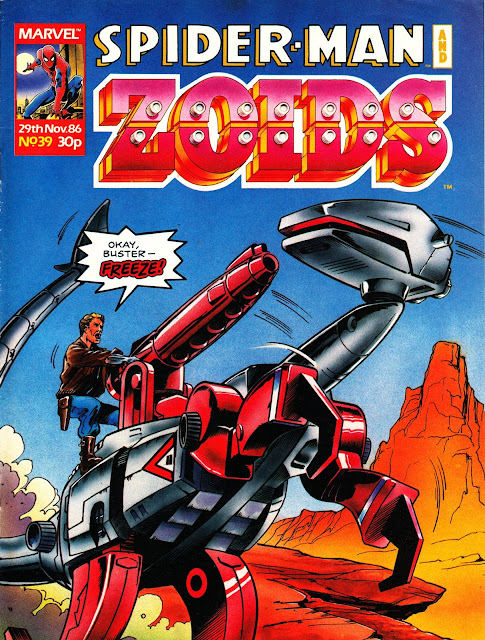