From 1980: a random issue of STARLOG spin-off CINEMAGIC MAGAZINE.

I'm pretty sure I never saw a copy of CINEMAGIC at the time it was published. Whether this was down to hopeless UK distribution (although this one has a distributor price sticker attached so someone was shipping 'em in) or whether it was because it was incredibly niche is unknown.

The target audience for Cinematic appears to have been the sorts of people that made movies in their garages and basements. Or, I suspect, people who harboured dreams of making movies but never quite got around to it. This was published in the era before computers replaced old-fashioned art and graft and before the familiar refrain "we'll fix it in post".

The mag was launched by filmmaker Don Dohler in 1972. He published the first eleven issues before Starlog Group added it to their stable in 1979. Starlog rebooted with a new first issue and went on to publish a total of 37 issues through to closure in 1987.

This is the ninth issue of that second run, published in 1980. 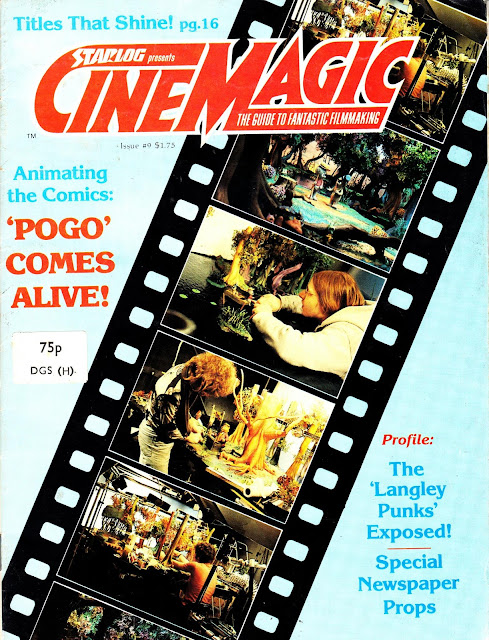