From July 1988: A CHANNEL 5 (no relation to the TV channel of the same name) advert for their range of Gerry Andrson home video tapes.

Channel Five (whose name was a play in the fact that the UK only had four TV channels at the time) were pioneers in the home video sell through business: issuing tapes priced to buy and own rather than rental-only releases which were (deliberately) pried to deter casual purchases. 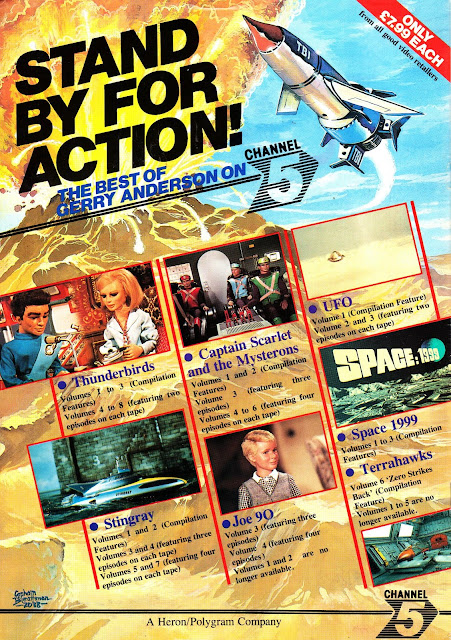