From 1985: Know your enemy (and, eventually, your friend)... the ever so handy KLINGON SHIP RECOGNITION MANUAL, an in-universe supplement created for FASA's STAR TREK THE ROLENPLAYING GAME.

I've previously published the Federation equivalent and I'll post the Romulan edition in the near future.

TV and movie budgets, combined with finite screen time, meant that before TNG we hadn't actually seen much of the Klingon space fleet... so FASA's creative team basically made it up. Padding out the scant information presented for the screen-seen craft with copious supplementary 'facts' and a fleet of hitherto unseen vessels that might make game night more interesting.

I suspect most Trek fans, unless they were also Role Playing fans, were largely oblivious to the existence of these guides as they sold mainly through games outlets rather than comic book stores or traditional book stores. 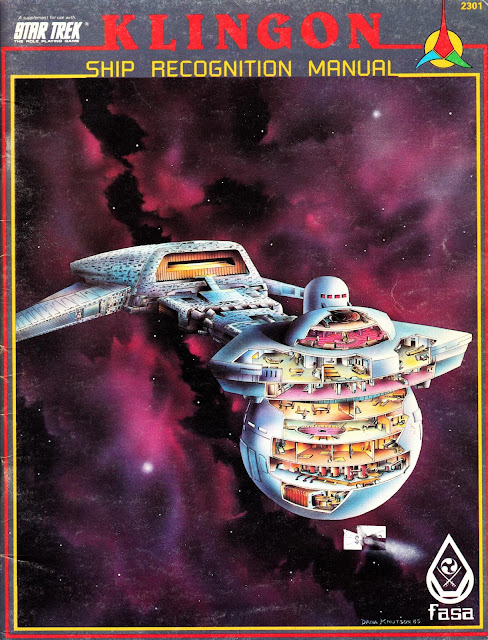 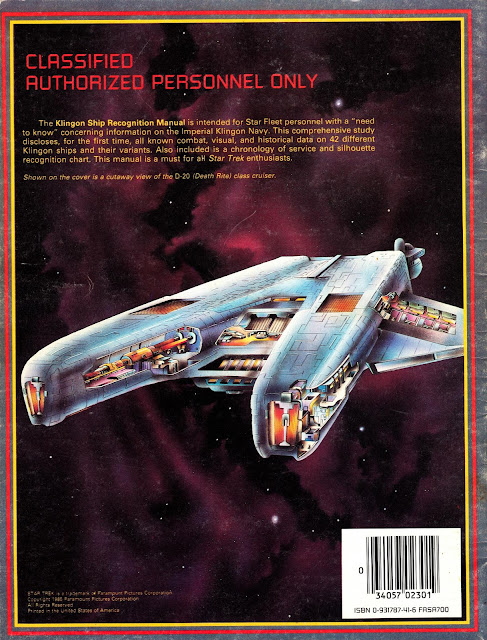