1979: THE BLACK HOLE in STERANKO'S MEDIASCENE

Not only is Jim Steranko a comic book legend (his sixties S.H.I.E.L.D strips deserved their rare - for the UK - colour outing in CAPTAIN BRITAIN weekly although why his classic cover from Nick Fury Agent of S.H.I.E.L.D adorns the cover of FUTURE TENSE 1 is anyone's guess) but he has also published a number of works on geek media... including Marvel's FOOM (which I'll get to someday) and MEDIASCENE.

I must admit I was only vaguely aware of this tabloid seventies fanzine (launched as COMIXSCENE in late 1972, morphed into MEDIASCENE after its seventh issue and rebooted again - as PREVUE in 1980) until recently.  Copies just don't seem to surface very often.  Then, I stumbled across a dealer with multiple back issues and - on an (expensive) whim I decided to buy all the issues in his collection that prominently featured geek media productions I have a soft spot for.  I wasn't disappointed.

Since then, I've been perplexed as to how to present them here.  Their size means there's no way my A4 scanner will cope with them.  The solution presented itself recently: a scanning app for my iPad.  I don't think the results are 100% satisfying but - for now - it's the best solution I could devise.

I'll be posting more issues from time-to-time as I think their contents - and particularly their often stunning (and seldom seen) covers - are well worth a look.

This issue, from late 1979, heavily features THE BLACK HOLE and would have been on-sale just before the film hit movie theatres.  It's a film I really enjoyed at the time on the big screen (I left the cinema positively dizzy after the climax) and, watching it again recently, I was still struck by (generally) how good it was.  Sure, the plot is not great, the science highly dubious and the characterisation pretty thin but (apart from some rouge wire work) it looks and sounds amazing (I recently acquired a copy of John Barry's highly memorable score) with some really original production design (which - apart from the robots - successfully avoids the aesthetics of the STAR WARS universe so readily embraced by its rivals).  I just wish Disney (who are still talking - in vague terms - of a remake) would pull their finger out and release a bells-and-whistles BR release that really raids the archives for the definitive screen experience.

This was big news in the school playground at the time so I was surprised - decades later - to discover it was only considered marginally successful, hence: no sequel.  I think I read a quote somewhere (Tomart?) from the then-boss of toy maker MEGO who - as I recall - said sales of the tie-in toys were a disaster.  If it makes him feel better, I had V.I.N.CENT, Maximilian and the Sentry Robot (who's internal elastic band snapped... requiring some parental maintenance).  I'm sure I would have also owned B.O.B, S.T.A.R (nothing says "future" like robots with acronyms as names) and 'Humanoid' if the second wave of figures had reached the UK.  I'm not sure - however I would have begged for Earnest Borgnine: the action figure. 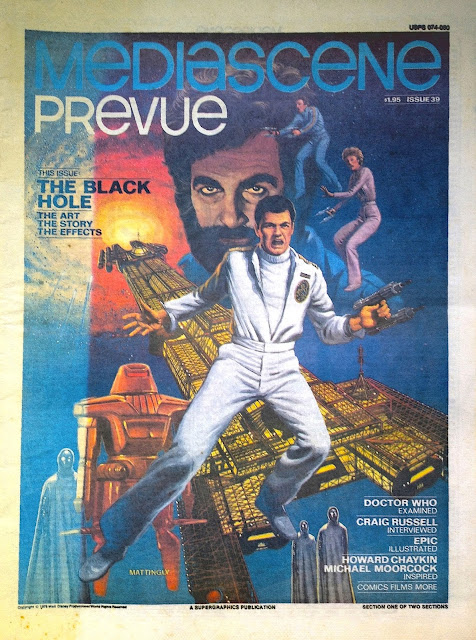 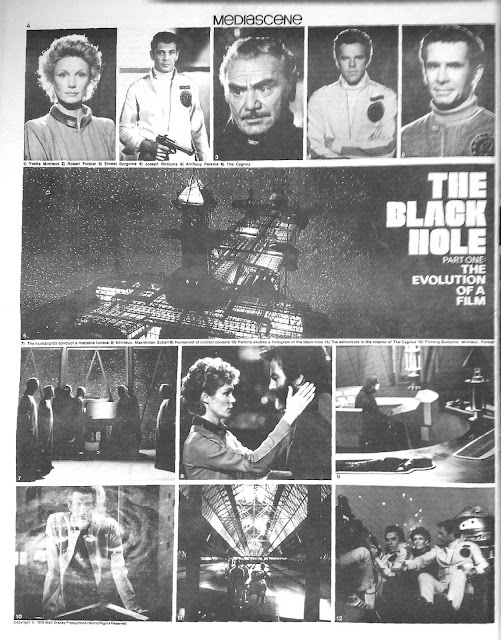 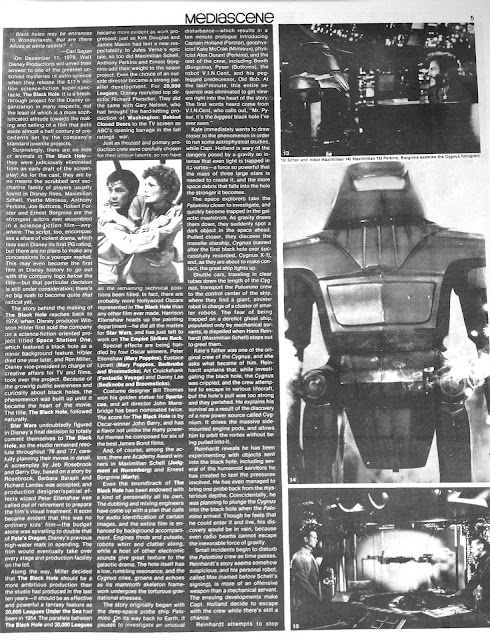 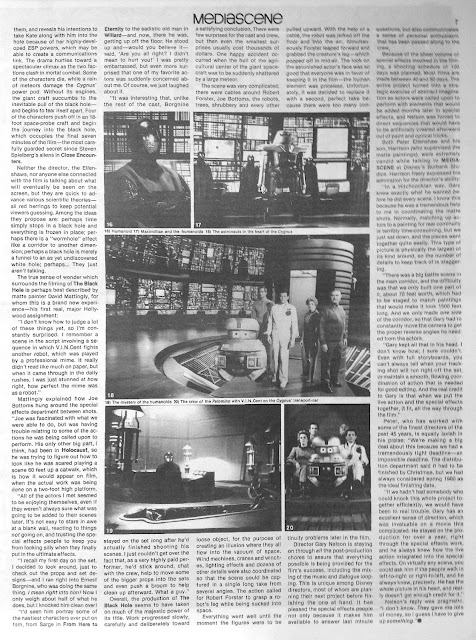 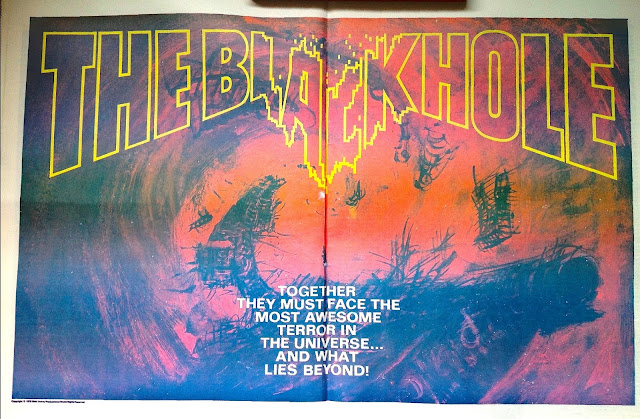 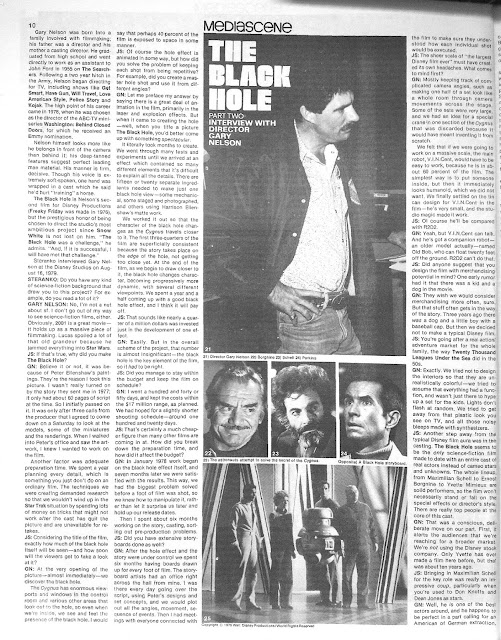 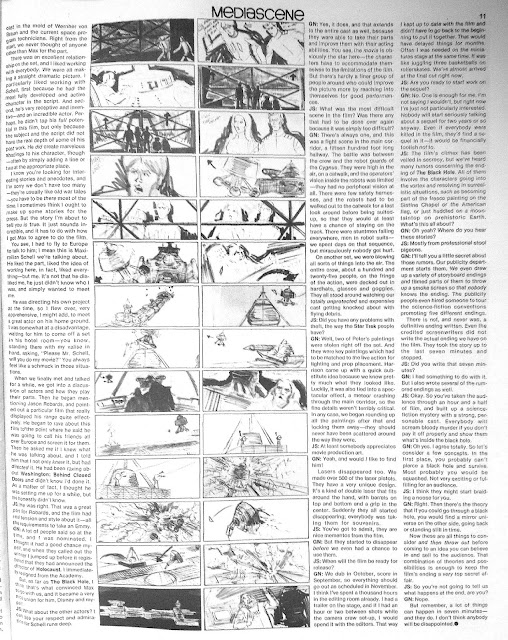 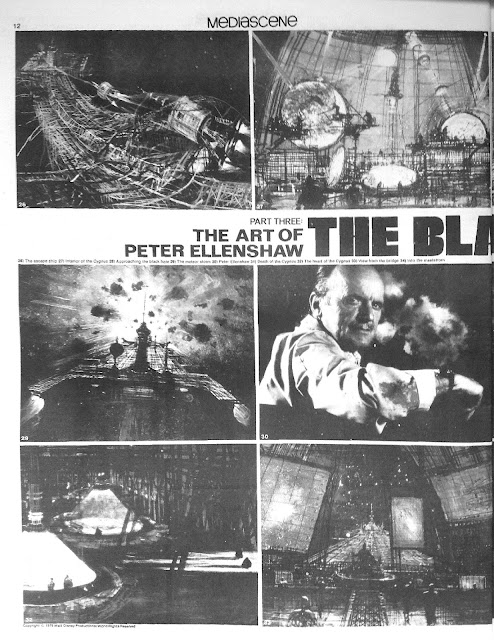 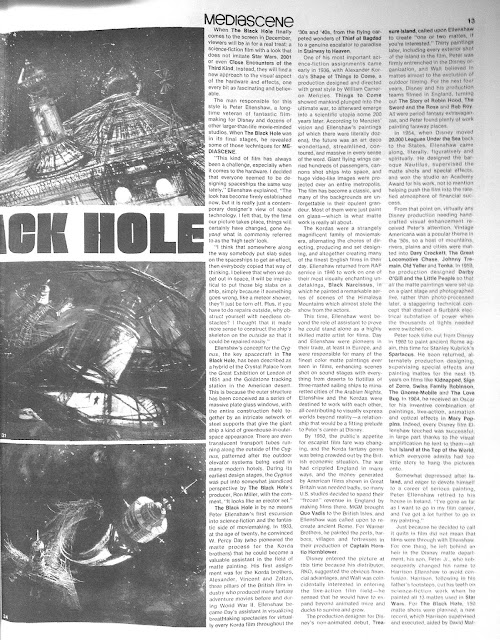 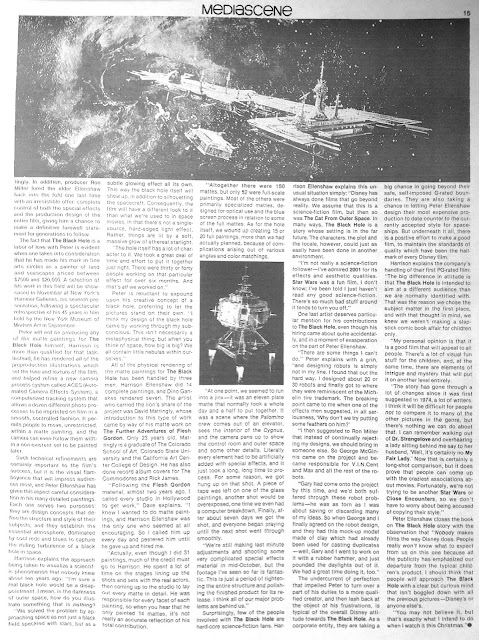 Email ThisBlogThis!Share to TwitterShare to FacebookShare to Pinterest
Labels: 1979, MEDIASCENE, THE BLACK HOLE