Can you spot the difference?  Look closely at the EAGLE covers for issues 221 and 222...

Yup, the issue cover-dated 14 June 1986 was the last to appear under the EAGLE AND TIGER masthead, ending the run of the once-distinguished weekly that launched in September 1954 and (well past its prime) merged with the Eagle in March 1985.

The moment had already been prepared for with a conspicuous reduction in the size of Tiger's logo a few months earlier and - at first glance - the final disappearance barely registers. 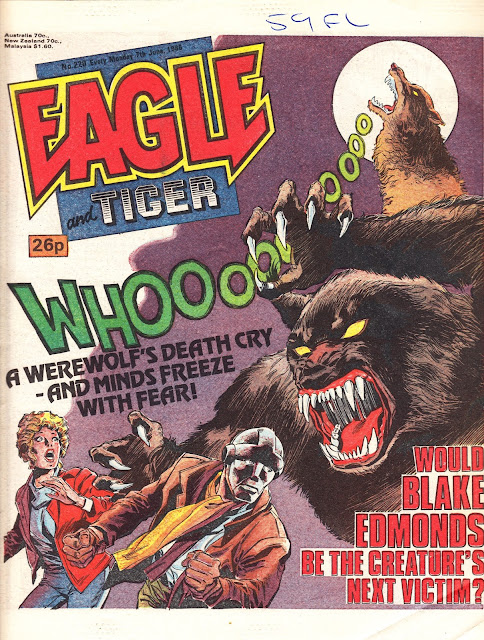 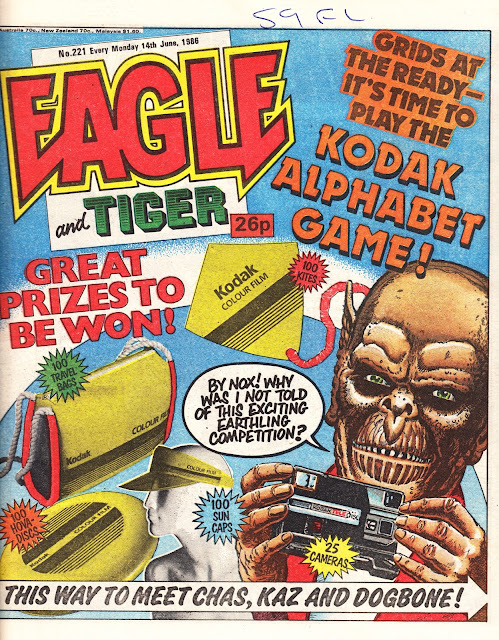 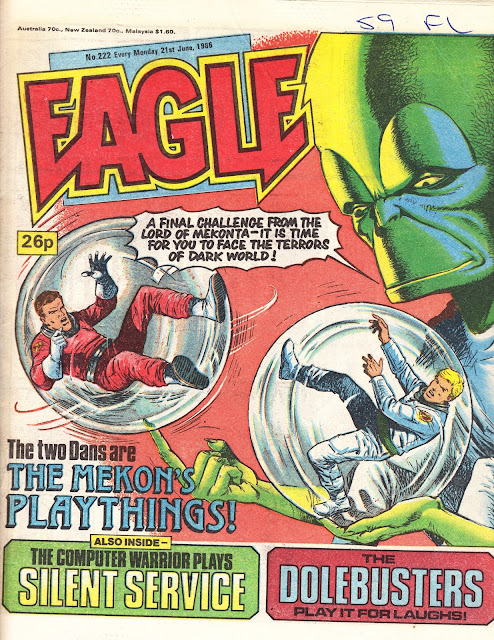 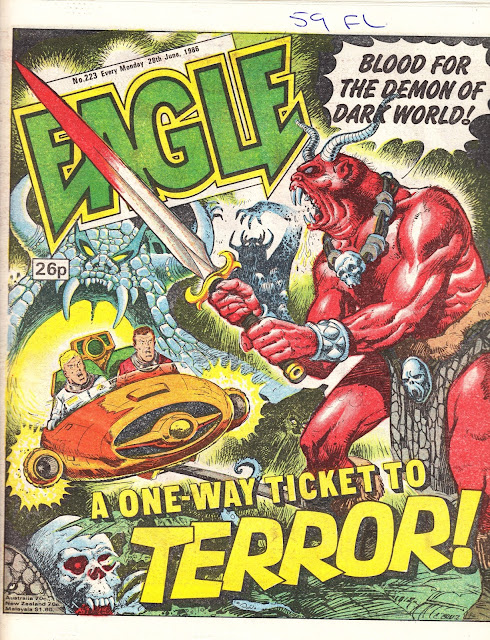