It's November 1982... and that means Halloween (technically October but cover-dates represent the off-sale date rather than the day an issue hit the newsagents) and Bonfire Night in quick succession.  Two important landmark days in the calendar of any British kid.

The latter confirms that the frequently themed cover art for Marvel UK's SCOOBY-DOO AND HIS T.V. FRIENDS were, possibly, commissioned here in the UK.  Guy Fawkes Night is a very British thing... although there's no reason why - as part of the package of material that Hanna Barbara licensed - they didn't include a generic 'fireworks' cover that could be used for any explosives-themed local festival. 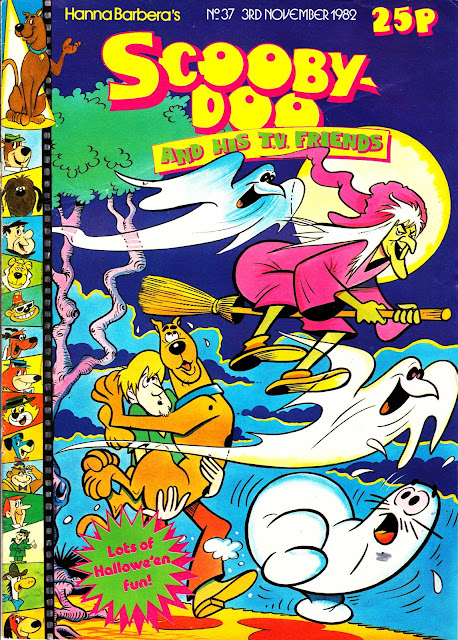 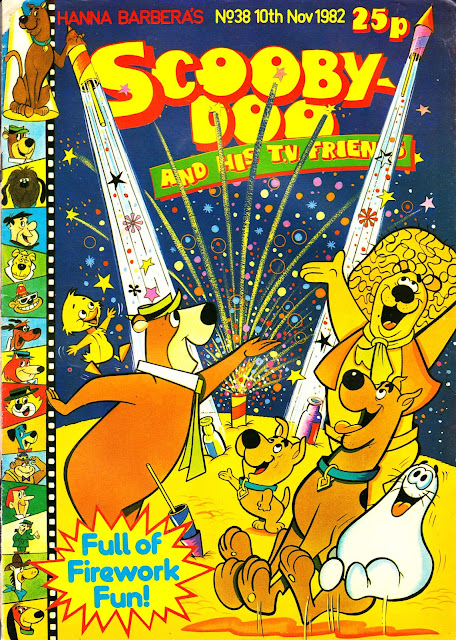 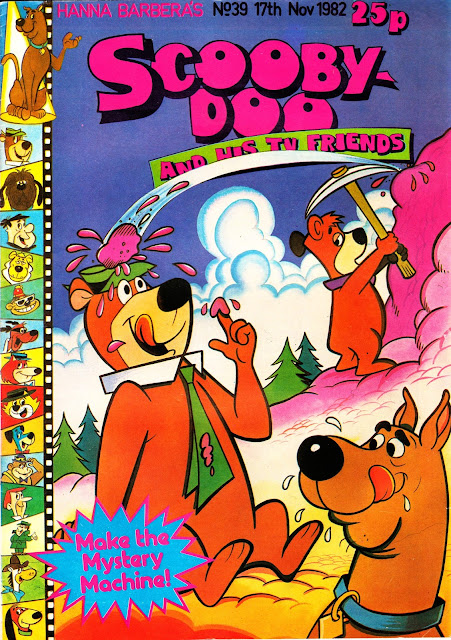 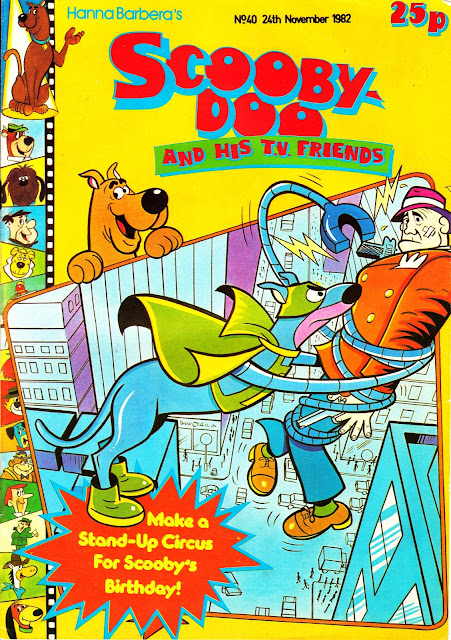