This is something that I hope will become a new STARLOGGED recurring feature: a photo gallery of the last days of the BBC's TELEVISION CENTRE as working studios and offices.

I was lucky enough to be able to wander its hallowed corridors earlier this year in the final few days before it closed for redevelopment and I snapped as many pictures as the battery on my phone would allow.  Not because I'm an amazing photographer (that much will become clear, although I blame the technical deficiencies of my antiquated camera phone) but because there were so many memories I wanted to preserve.

I worked at TVC for years and, although arguably its glory days were already long-gone, it was still the most fantastic place to work.  Constantly surprising, often frustrating and confusing, it was a magical place packed full of surprises, secrets and new things to discover.  Even at the very end - as I roamed around for the final time - I still visited parts of the building (or, to be more accurate, buildings) that I had never been to before.

I tried to snap as many corridors, corners and tucked-away places as I could because I knew I'd never get another chance... and they'd be lost forever as soon as the building is partially-demolished and stripped clean to make way for flats, a hotel and a small BBC presence (a few of the studios will remain, along with BBC Worldwide who'll move into the former BBC News space at the front of the building).

I should explain that - technically - photography on BBC premises is forbidden so - technically - I was doing this covertly.  That's why I wasn't wandering around with a top-notch camera and all the associated gubbins. 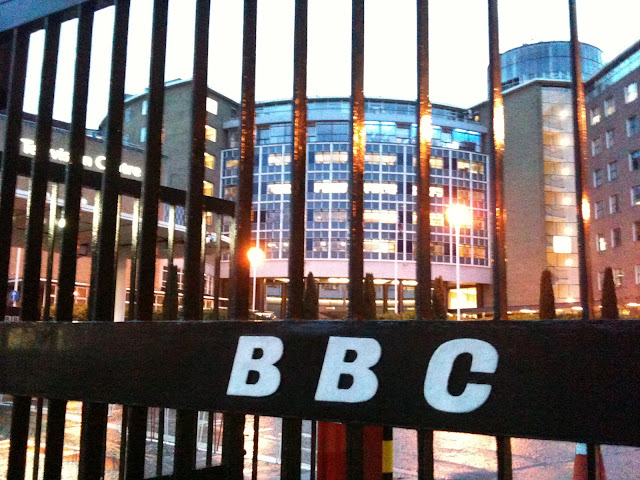