The four-part DEATH'S HEAD II limited series from 1993 not only set out the Marvel UK house style (a supremely nineties mix of biceps, boobs, bums and enormous guns) but also featured a series of plugs for the upcoming launch of the five "OVERKILL" books (the strips that would fly solo in the States but populate the anthology fortnightly in the UK).

This is a nice backgrounder to MyS-TECH, prime big-bads of the sub-universe. 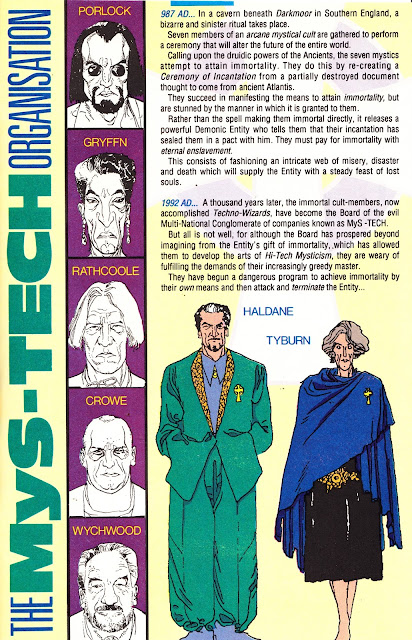