The lights are on... but no one is home.

This is the BBC WORLD NEWS GALLERY shortly before BBC TELEVISION CENTRE was decommissioned.  The channel had already relocated to New Broadcasting House by this point but the studio and gallery were still operational - albeit unstaffed.

It's possible that the adjacent studio was still being used for the odd recording and/ or training or that the equipment was being left running so that - in an emergency - the channel could relocate to TVC and resume broadcasts. 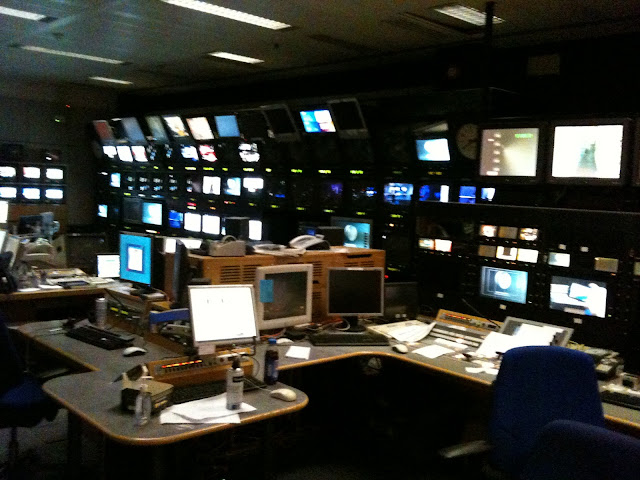