Here's another of those pre-launch pieces that appeared in the back pages of the DEATH'S HEAD II limited series plugging the upcoming main push of five regular MARVEL UK books (four ongoing series and one limited series).

The inter-dimensional mercenaries WARHEADS were a good example of M-UK trying to do something a little different with the initial Genesis 92 books rather than just slavishly replicating the superhero fare pumped-out by the parent company.

It's the sort of strip that would probably have felt at home - with a few tweaks - in the pages of 2000AD.  That helped the early issues of the British anthology OVERKILL feel like a serious contender to Tharg's crown before it started to succumb to the same biceps-bums-tits-&-guns malaise that did the US books no favours. 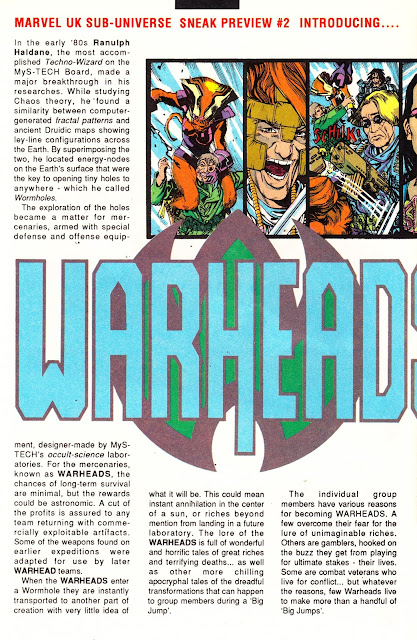 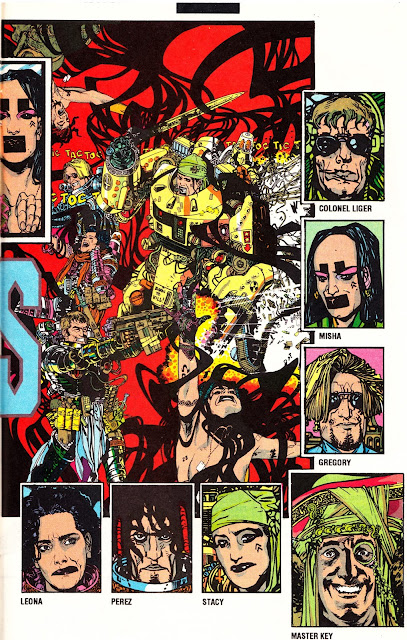