I mentioned MARVEL UK's STRIP in my previous THE PUNISHER post: it was another attempt by the ailing British comics industry (BBC TWO's THE MONEY PROGRAMME had run a piece on the sorry state of the industry back in 1985) to chase older and lapsed readers to counter the collapse of the more traditional - and younger - readership.

I have a complete run of STRIP back issues filed away somewhere and - come the day I unearth them - I'll post them all here but, in the meantime... 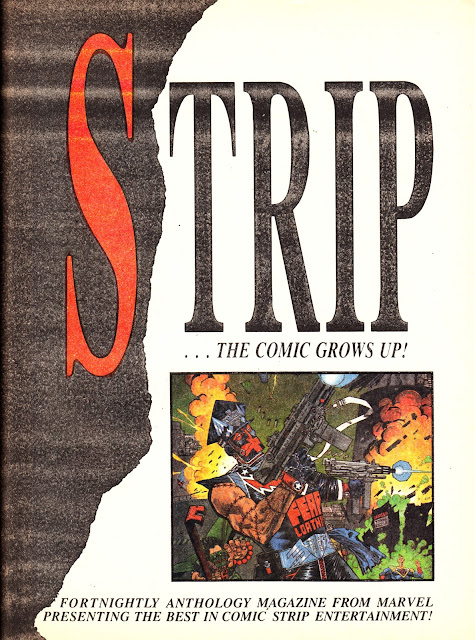