Once again, here are the UK BULLPEN BULLETINS pages that appeared in MARVEL COMIC during it's final month on the stands.

The first is the usual puff-piece but the second is a little more fun as Dez valiantly attempts to spin the demise of MARVEL COMIC as the fifth part of his glorious revolution.  In fairness, the launch of MARVEL SUPERHEROES was one of his more lasting contributions to the M-UK canon, chocking-up a reasonable run (see posts past) and - after his time - housing the revived Captain Britain.

The new title to house Dracula was CHILLER POCKET BOOK.  In his (excellent) blog, Dez also talks about a potential new horror weekly, HAUNTED, which he proposed in 1980.  It's possible, when he penned these words, he wasn't sure exactly what format (and name) Drac's new home would have... so he was hedging his bets.... 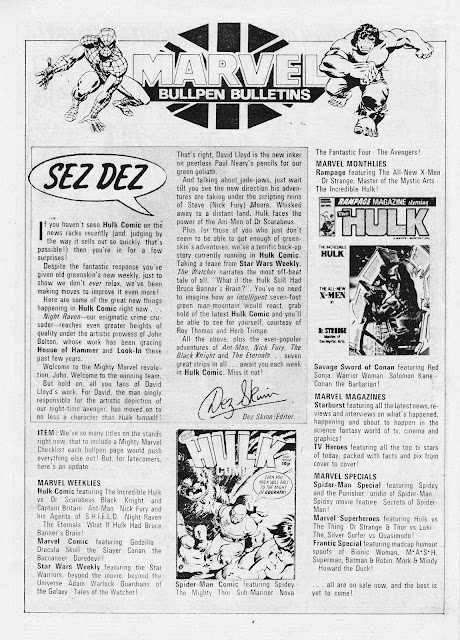 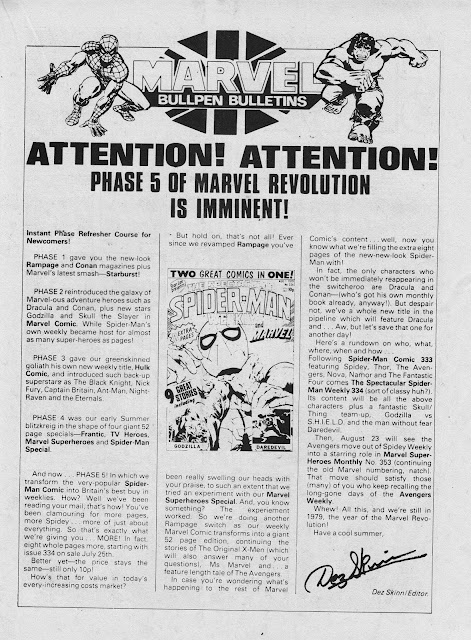