MARVEL MADHOUSE is another obscurity from the Marvel UK vaults.

Launched in the summer of 1981, it was another addition to the monthly line and - briefly - a companion to the MAD-inspired FRANTIC, the MAD-esque monthly launched during the Skinn era.

MM pulled vintage humour strips from the Marvel archives, most of which seemed to spoof Marvel's own characters and comics (see below).

It eventually clocked-up 17 issues between 1981 and 1982, absorbing FRANTIC along the way. 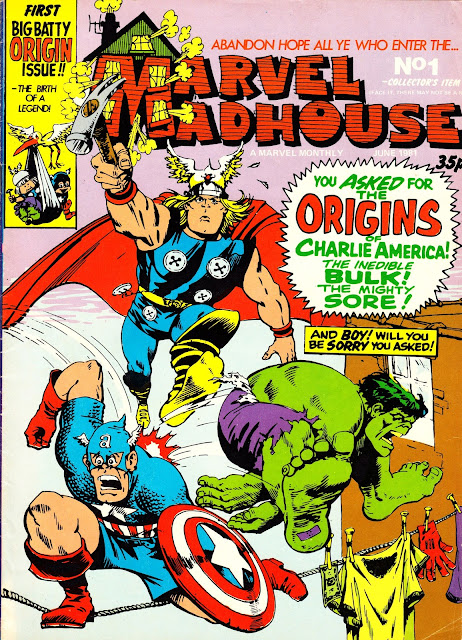