This is another oddity from the MARVEL UK vaults: an A4 hardback compilation of the first parts of THE PUNISHER five-part US limited series published in late 1985/ early 1986 (all with 1986 cover dates).

Despite being labelled as "Book One", I've never seen a second edition... leaving the storyline unresolved (fortunately Marvel have reprinted it plenty of other times, including in the early issues of Marvel UK's own Punisher weekly).

The format was the same as the COMPLETE WORKS (something of a misnomer as they weren't complete at all) reprints of THE TRANSFORMERS, THE GET ALONG GANG and THE CARE BEARS.

The book was published in February 1987 and clearly aimed at the North American, as well as home, market. 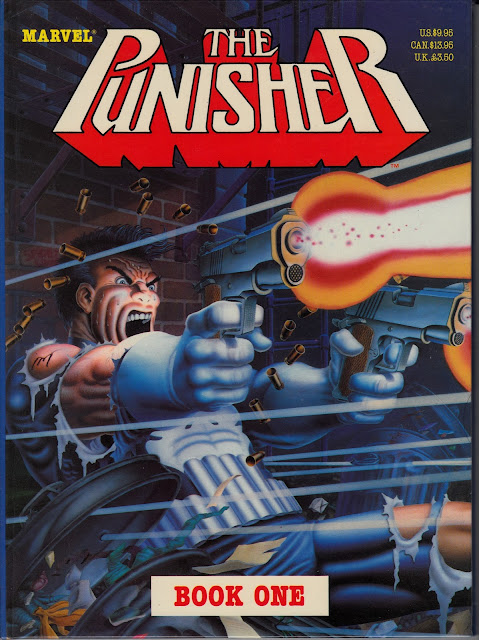 Email ThisBlogThis!Share to TwitterShare to FacebookShare to Pinterest
Labels: 1987, MARVEL UK, THE PUNISHER