Although - initially - Marvel UK's British fortnightly OVERKILL omitted half the pages from the GENESIS 92 strips it serialised (to slice out the superheroes to give it more of a 2000AD vibe), it did feature exclusive background features (unseen stateside) to the sub-universe.

The four-part (a total of sixteen pages) guide to MyS-TECH CENTRAL (HQ of the big-bad of the M-UK line) appeared in OVERKILL 22-25.  As far as I know, this has never been seen by readers outside the UK before. 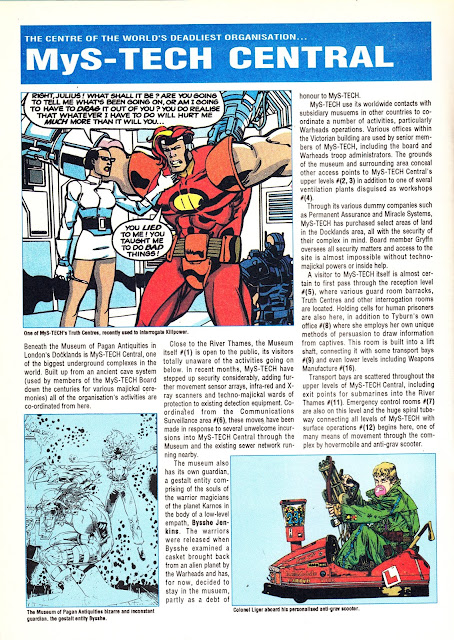 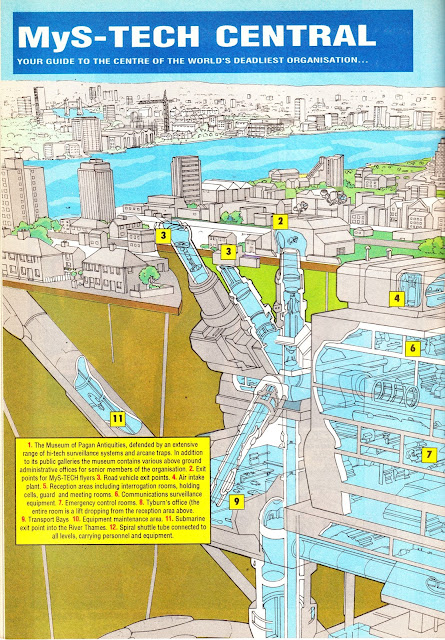 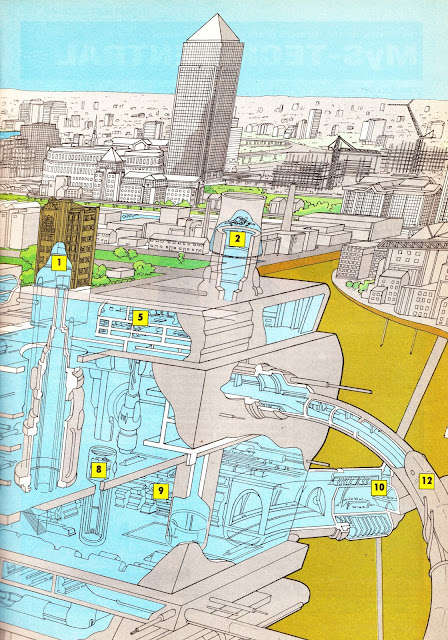