Welcome to the world of also-ran toys...

I vaguely remember seeing the POWER LORDS (The Extra Terrestrial Warriors) in British toy stores but I never owned any and I never met anyone who did.  I don't recall much (any?) of a marketing push behind them over here so it's entirely possible that we were seeing excess stock dumped after the line had failed stateside.

But Revell certainly gave these the best start they possibly could across the Atlantic: a three-issue DC Comics limited series (December 1983 - February 1984) and a spin-off computer game (advert below).

The toys themselves, obviously a MASTERS OF THE UNIVERSE wannabe, look to have featured some innovative action features, although Adam Power's was obviously just a twisting torso as demonstrated in the print ad (that ran across the DC comics line) below.

Probably not unsurprisingly, the early noughties revival in eighties toy and animation characters didn't see the return of this bunch. 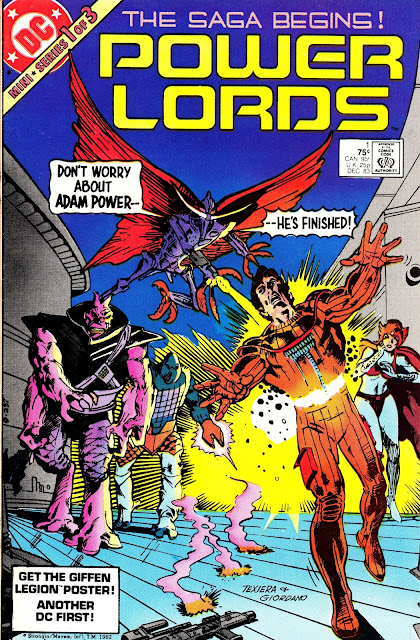 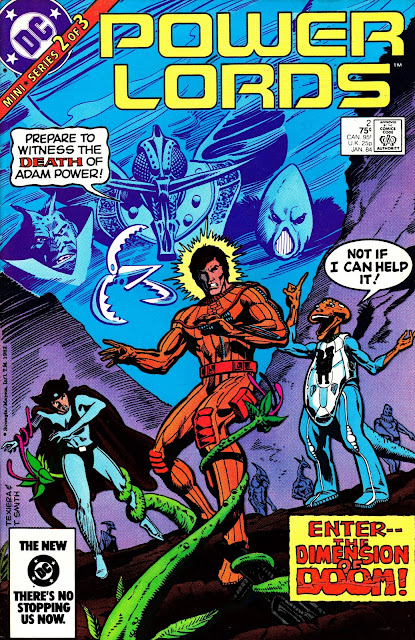 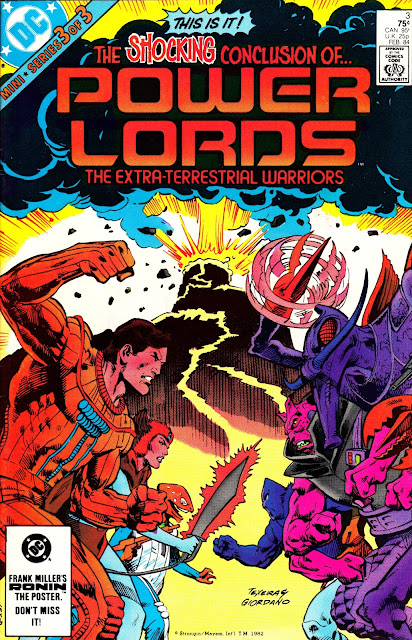 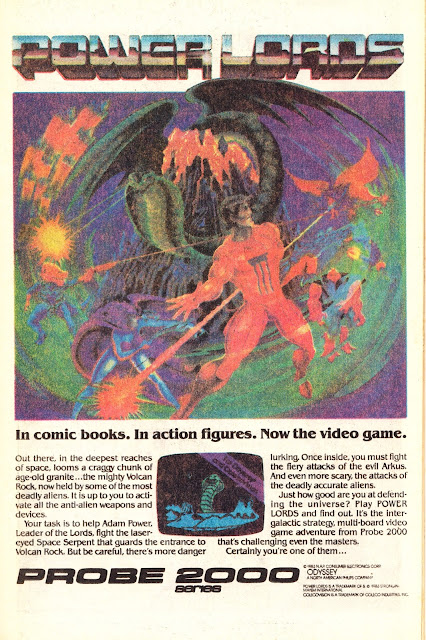 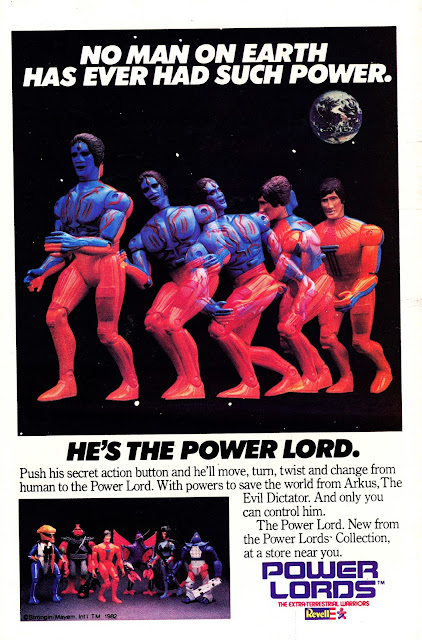