Spidey's weekly added eight extra pages to accommodate the refugees (Godzilla and Daredevil) from the defunct successor to THE MIGHTY WORLD OF MARVEL alongside Spider-man, Thor, The Sub-Mariner, The Avengers, Thor, the Fantastic Four and Nova. 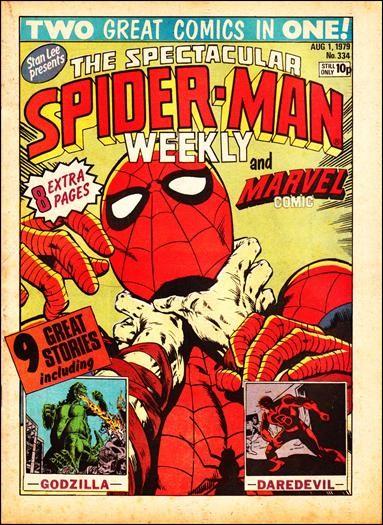