1984: CYRIL PUPPET MAKE in RETURN OF THE JEDI (Marvel UK)

To celebrate the belated return of Marvel's Editor Droid to the posts of STARLOGGED, here's a little project for the weekend: build your own CYRIL puppet.

Yup, by September 1984, Marvel UK were already chasing younger readers by adding a weekly activity page' to RETURN OF THE JEDI weekly.  It was a feature better suited to SCOOBY-DOO, THE GET ALONG GANG or - shudder - THE SPIDER-MAN COMIC.

Fortunately, the feature was phased-out over time.  Not least because it took up a valuable page once the comic settled into its final 24-page format. 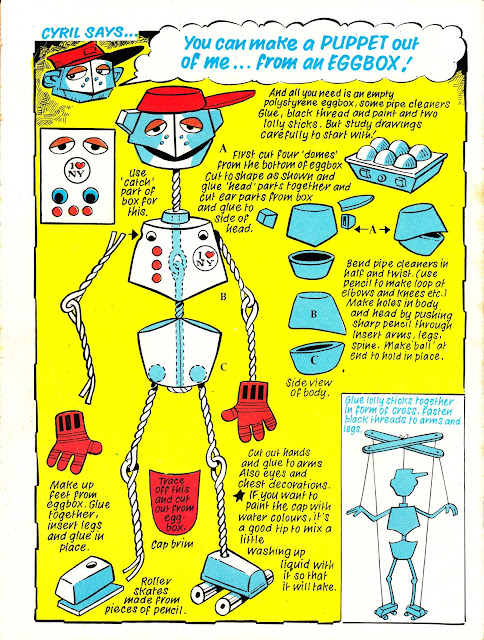