It's been a hot weekend in London and everyone has been wearing a little bit less than usual.

Continuing that theme, here's an unusual Marvel UK book from the summer of 1980: the WARRIOR WOMEN SUMMER SPECIAL.

This compendium of scantly-clad she-warriors is pretty atypical of the usual fare from the Annex of Ideas.  And, potentially, bordering on the controversial.  I doubt it did generate any negative reaction but it's the sort of thing that could get mums hot-under-the-colar if they suspected their kids could be being exposed to unnecessary amounts of flesh and violence on the bottom shelf of their local WH Smith.

Maybe Marvel thought this was more likely to appeal to the SAVAGE SWORD OF CONAN crowd rather than the readers of their more mainstream weeklies and monthlies.

If the plan was to pilot a potential new launch, it must have been unsuccessful and there was never a follow-up. 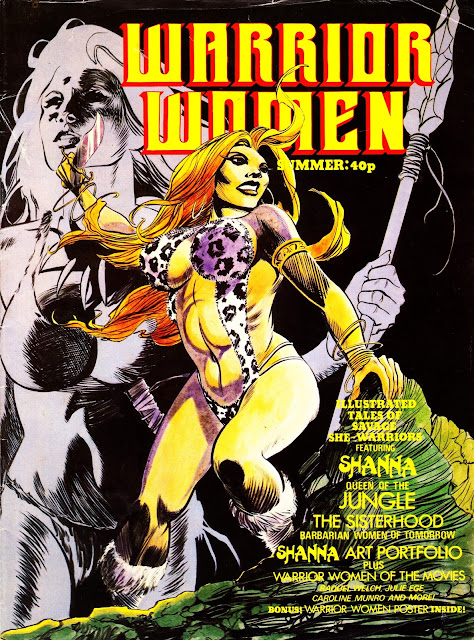