Ever felt like you're being eased out of something?  THE TIGER must have started to have a few suspicions in February 1986 when the EAGLE masthead was suddenly redesigned, significantly reducing Tiger's logo in the process.  The coming together of equals was starting to look like just another merger.

The cover of issue 204 was pretty shameless.  Not only does the colouring of the "rogue robots" text look suspiciously like the logo of a well known giant robot toy line (whose comics license resided elsewhere) but Dan's nemesis is obviously one of the ROBO-MACHINES.  Shame.  Shame.  Shame.

Issue 205 featured a free cardboard boomerang which - if my memory serves - was fairly useless. 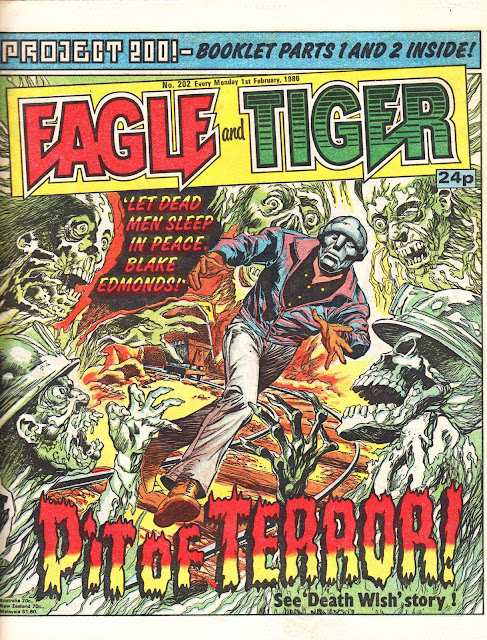 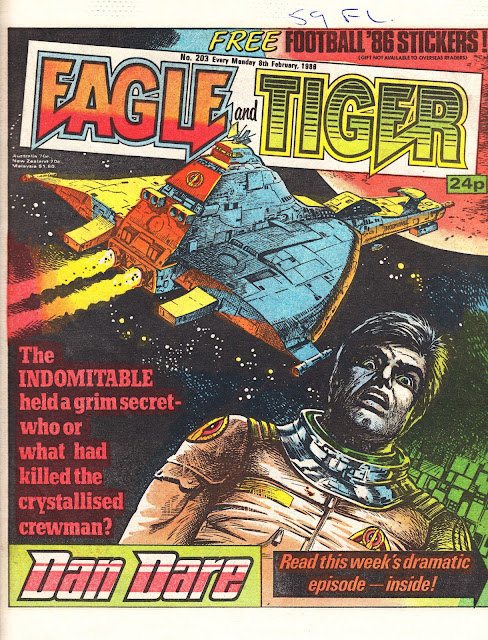 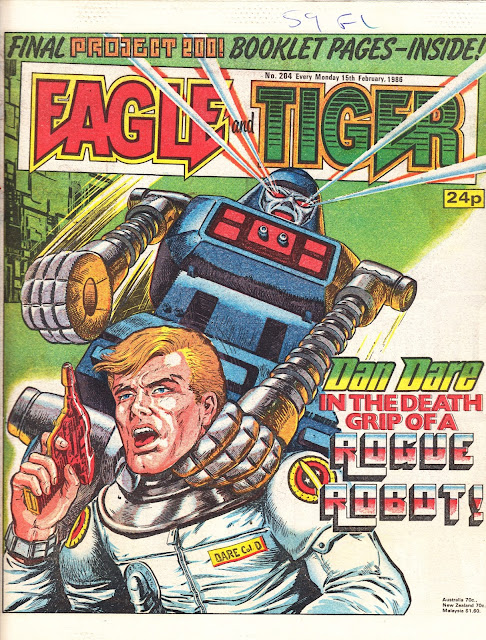 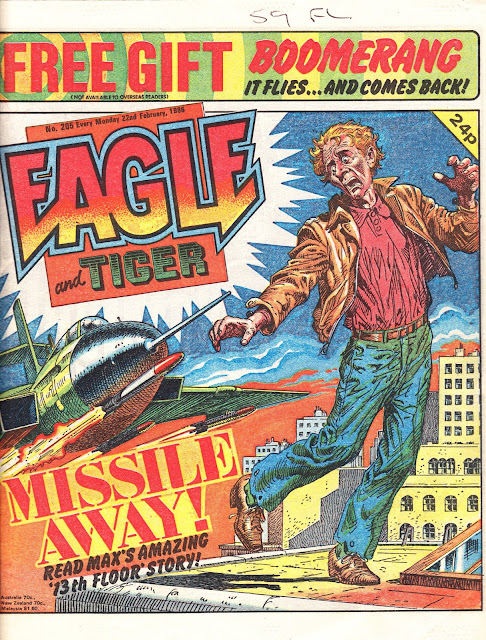