I've been listening to John Barry's memorable score for Disney's THE BLACK HOLE and that inspired me to go scurrying off to the STARLOGGED vaults and unearth this eye-catching FAMOUS MONSTERS (162, April 1980) cover and accompanying feature.

The movie generated considerable coverage across the genre press so this isn't (by any stretch) the best of the reportage (shocker!) but I still thought it was fun to rerun it here.

TBH was huge in my primary school playground (it had all the requisites: space ships, lasers, cute robots and menacing robots) so it surprised me to discover - decades later - that this was considered something of a flop at the time.  Maybe the lack of sequels should have been a clue. 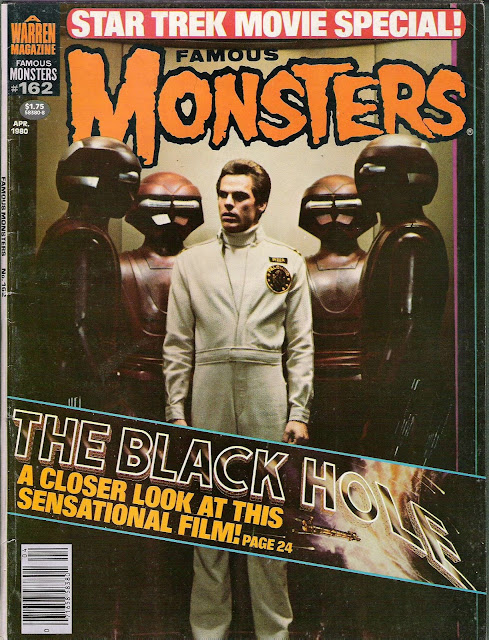 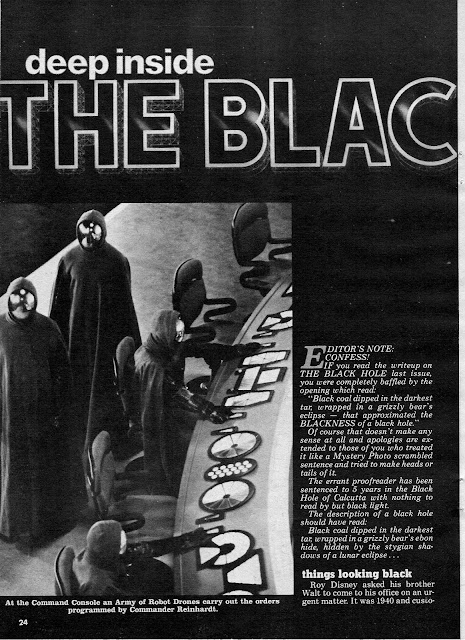 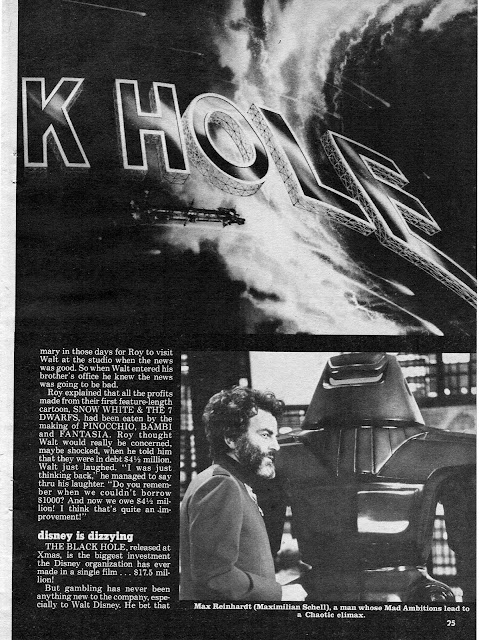 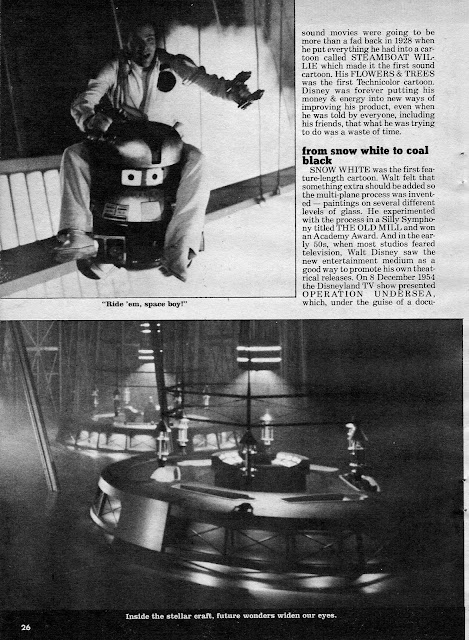 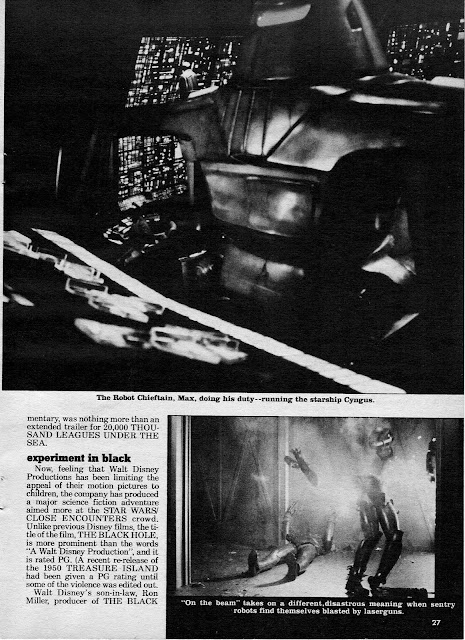 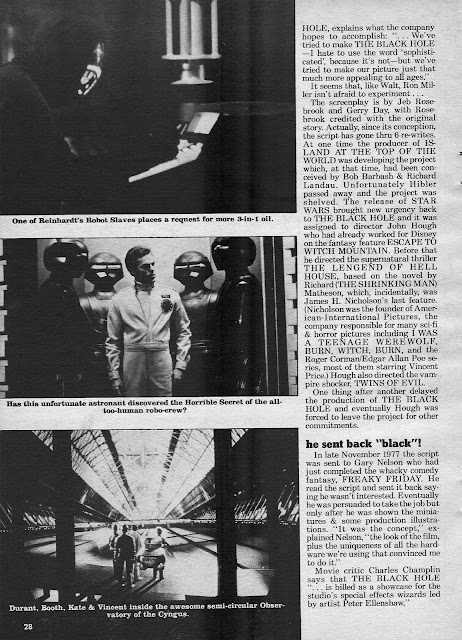 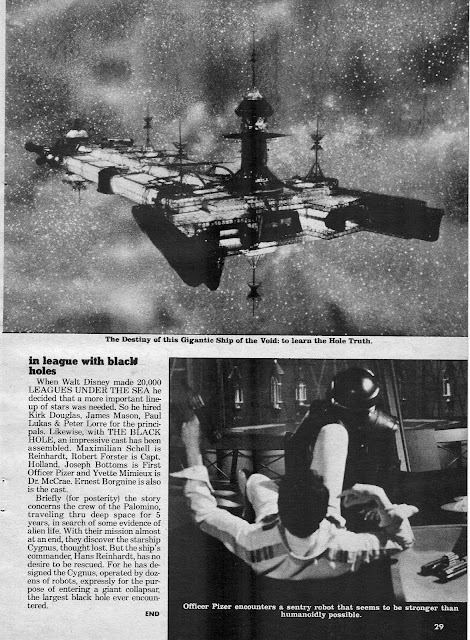