World are not exactly known for the quality of their publications (did they ever look at anything their competitors were doing?) but this is one of their better efforts, with plenty of on-message material about the movie.

The cover design is a bit underwhelming however, given that this was released slap-bang in the middle of the STAR WARS fever when anything overtly 'space' had a good chance of finding an audience.  So they slapped a still of a speedboat on the cover...

From memory, and probably because the book is a Moonraker rather than general BOND spin-off, there are no comic strips inside. 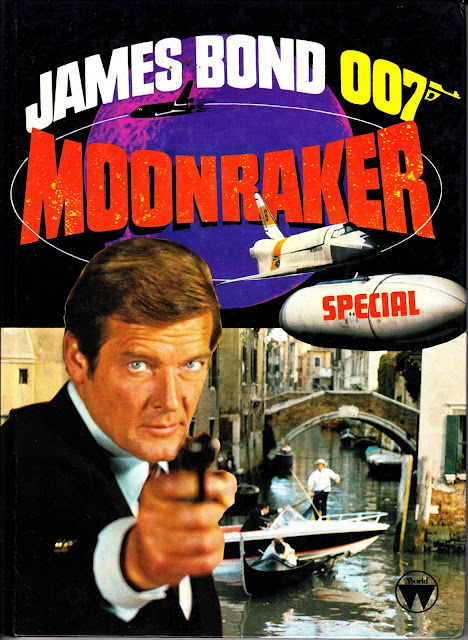