Yup, it's a spin-off OINK! ANNUAL from Fleetway, unusually for the time (although it would become standard for 2000AD and JUDGE DREDD in the following decade) published as an oversized stiff-covered softie rather than the  more traditional hardback.

This would have been on sale just as the comic, launched in 1986, was winding down.  The last issue - number 68 - was published in October prior to a 'great news pals' merger with BUSTER.

The first OINK! BOOK had appeared the previous year but seemed to suffer from patchy distribution, not least because WH SMITH (who, back in the day, would devote large tables or extensive shelf space to annuals) apparently tried as hard as possible not to stock it.

A further SUMMER SPECIAL, reprinting material from the comic, went on sale the following summer.

Someone even made an OINK! computer game!  Pigging brilliant! 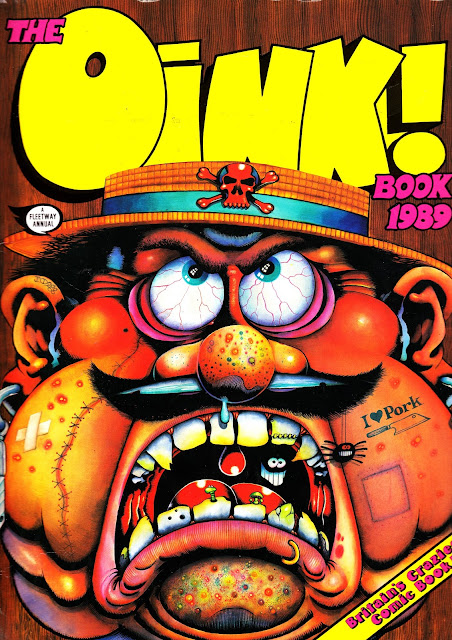 Email ThisBlogThis!Share to TwitterShare to FacebookShare to Pinterest
Labels: 1988, OINK