From March 1996: CAOMICS INTERNATIONAL issue 66 reports the launch of the MARVEL PRESENTS PARAMOUNT COMICS imprint and the return of the STAR TREK publishing franchise to the House of Ideas.

The tie-up was quite productive (as you'll see from previous posts) over a two-year period but is best remembered for flooding the market with more STAR TREK comics than ever before (and snatching the license away from DC).  In addition to the Trek books, a few other one-shots based on Paramount properties also snuck out before the deal was wound up as Marvel's financial position became ever more dicey. 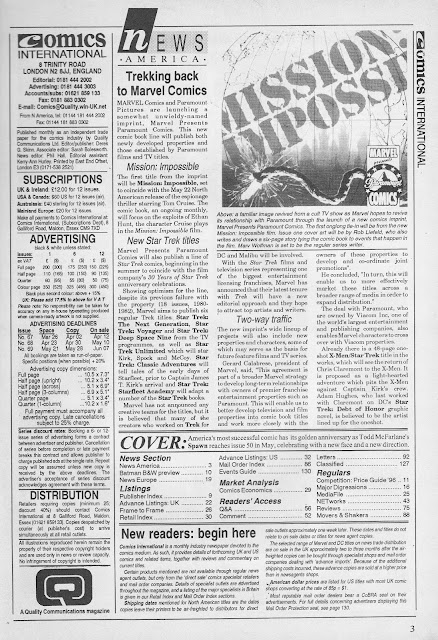 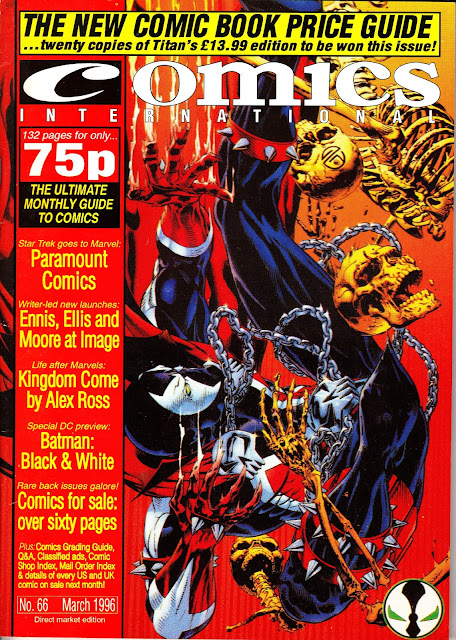