From 1989: the first issue, published in a swanky format, of Mike Grell's JAMES BOND 007 comics adaptation PERMISSION TO DIE.

This marked Mr Bond's return to comics after a hiatus of several years since the Roger Moore era Marvel movie adaptations.  This, in contrast, was an original story (written and illustrated by Grell) and not directly based on any existing movie or Fleming novel.

A patchy publishing schedule meant the third issue didn't appear until 1991.  That, and the collected edition that followed, seem pretty hard to find.  Not that I have looked too hard.

Eclipse also published an adaptation of the movie LICENSE TO KILL, but i don't recall ever seeing a copy.

Co-publisher Acme Press was a spin-off from British fanzine SPEAKEASY.  Other titles from the outfit included POWERMAN (not THAT one), reprinting rare mid-Seventies Gibbons/ Bolland strips created for export to the Nigerian market.and MAXWELL THE MAGIC CAT, collecting Alan Moore's gag strip from his local paper. 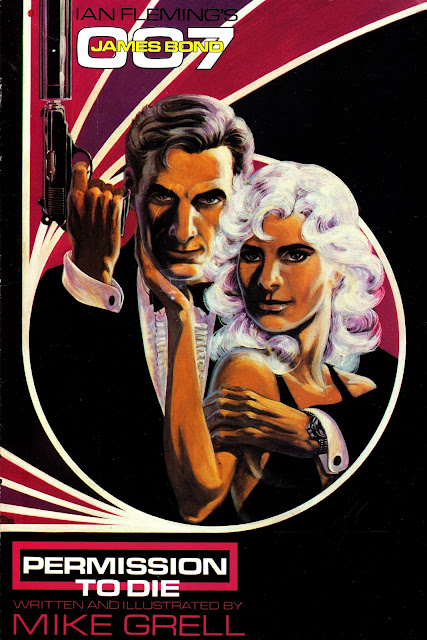 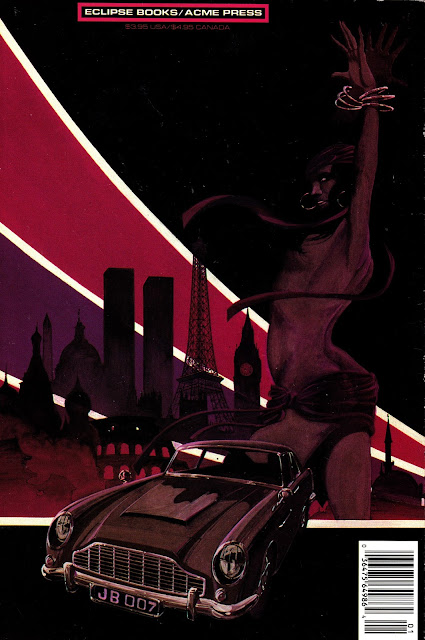