From September 1986: A LOOK-IN cover and centre spread devoted to Jan-Michael Vincent and AIRWOLF.

It's interesting to note that the show had already been relegated to Saturday afternoons (LOOK-IN hadn't even got around to launching their comic strip version) despite starting off as a fixture of the primetime schedule (and the sauced-up home video version of the pilot was a certificate 18 release).

AIRWOLF's new early afternoon, before-the-shops, slot made it part of the essential post-WORLD OF SPORT (axed the previous September when ITV ran out of decent sport) schedule of SAINT & GREAVSIE and WRESTLING.

I'm guessing that the publicity still used for the pull-out poster is posed the way it is because there was no chance of getting Ernest Borgnine on his knees.  I wonder how many teenage girls (and boys) had him Blu Tacked to their wall... 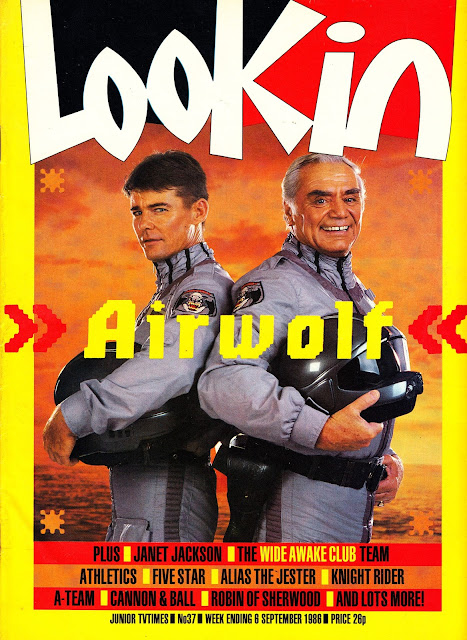 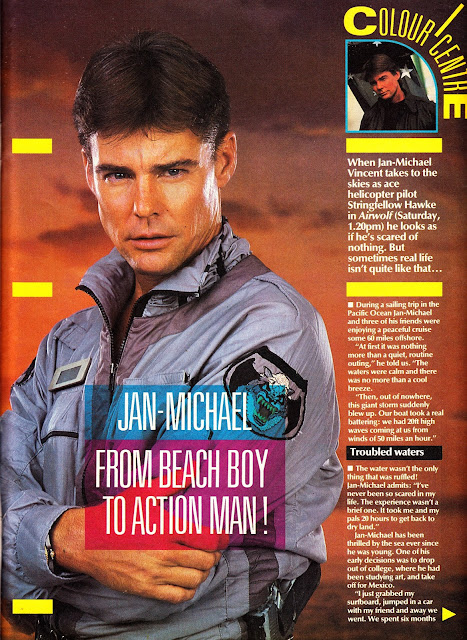 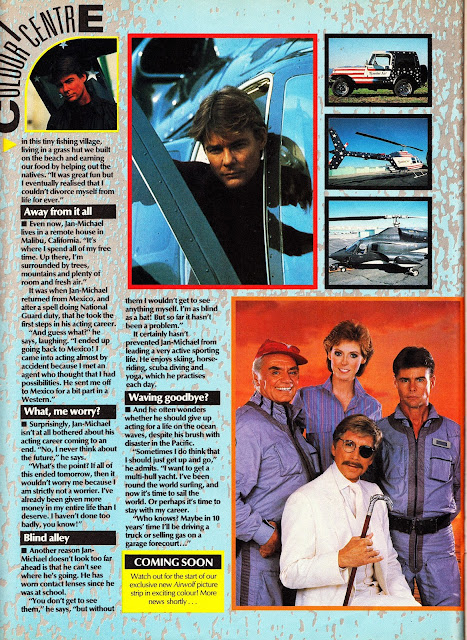 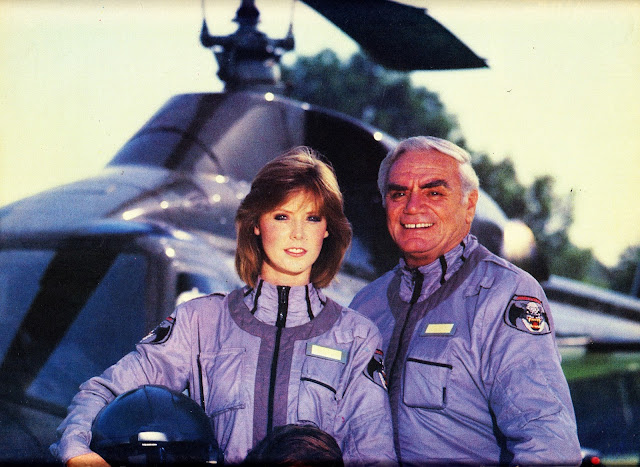 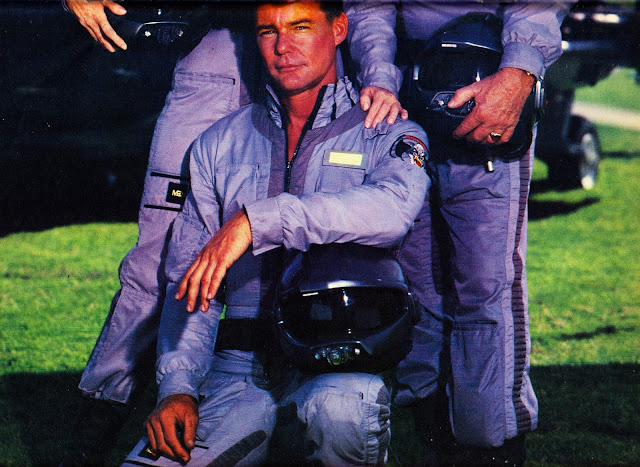