1995: DOWNTIME STRAIGHT-TO-TAPE DOCTOR WHO DRAMA VHS, SIGNED BY THE CAST.

From 1995: The recent death of Deborah Watling reminded me of this... DOWNTIME: a straight-to-tape (via a convention) DOCTOR WHO fan film which reunited some of the show's cast (reprising their characters from the show in a copyright-dodging manauver made possible by the BBC's bonkers contracts) to take on the Yeti.

It's OK... and it is good to see so many of the cast in the same production... but it ain't great! A lot of these 1990s fan-made films just demonstrated that making decent TV drama is harder than it looks (despite having some pros in front - and behind - the camera).

Reeltime, stepping outside their comfort zone of walk-and-talk interviews, were canny enough to make this look like a legit BBC Video release by apping the sleave design as much as possible.  This comes with a bonus... it is signed by all the principle players.  Most of whom are sadly no longer with us.

There was also a novelisation published by Virgin as part of their DOCTOR WHO MISSING ADVENTURES line (in fact, in keeping with its unofficial origins, the Doctor is all but missing from his own Missing Adventure) and a soundtrack CD.

I'm pretty sure I would have bought this VHS from FORBIDDEN PLANET on New Oxford Street when it was first released.  I don't remember if copies were sold more widely than the specialist market.

UPDATE: Whilst hunting through a stack of DVDs last night I discovered I have a copy of this!  I'd forgotten i had bought a copy.  The reissue comes with a 'making of' which might prove to be more interesting than the main attraction... 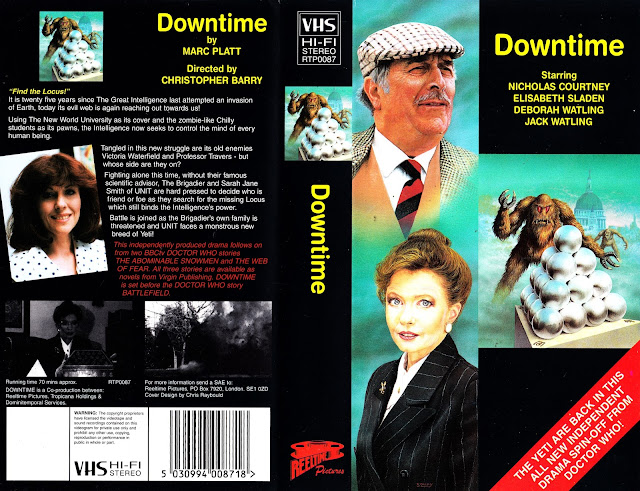 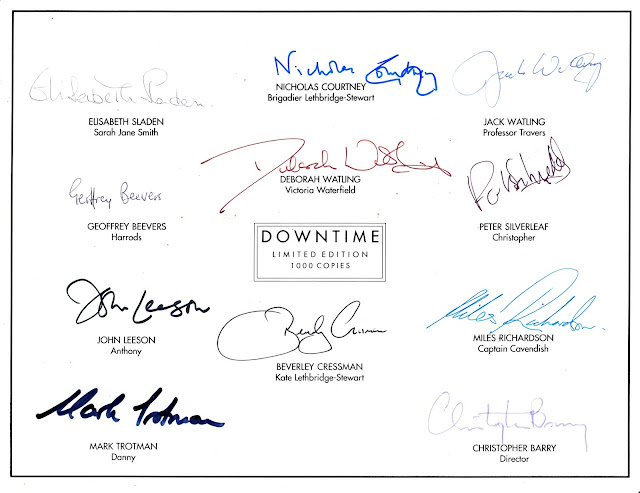 Email ThisBlogThis!Share to TwitterShare to FacebookShare to Pinterest
Labels: 1995, DOCTOR WHO