Another year... another relaunch.  And this one is interesting because it took the comic back towards its 1982-83 origins with a greater mix of 'real world' celebs and subjects likely to appeal to the target readership.  Definately a move towards a more magazine-centric format... albeit no sign (of course) of the return of the signiature photo-strips from those first 15-odd months.

I think the move reflects how much the comics market was struggling at the time and a recognition that the contents had to have a broader appeal.

Comic strips were - of course - a mainstay... including yet another DAN DARE makeover.  And a DD badge (still attached) as a freebie. 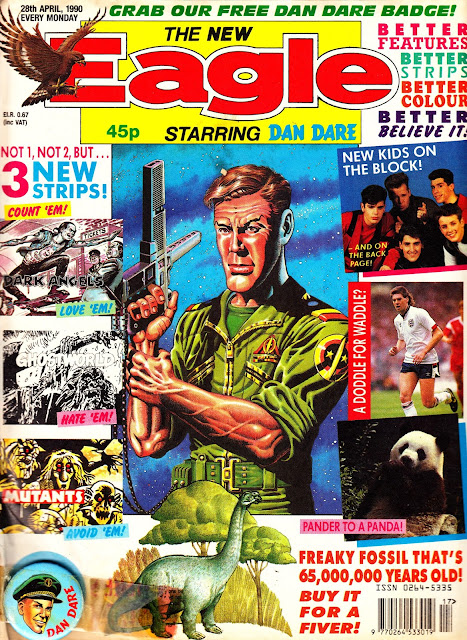 Email ThisBlogThis!Share to TwitterShare to FacebookShare to Pinterest
Labels: 1990, EAGLE