Last week, I posted the lengthy DOCTOR WHO feature from FAMOUS MONSTERS 155 (July 1979).  That very same issue also featured an article on the BUCK ROGERS IN THE 25th CENTURY feature film/ TV pilot which I've posted below.

It's written in FM's usual unique style and doesn't shed much light on the production (is it any wonder that the likes of STARLOG were nipping at FM's heels) but is notable for the pic of Draconia's King Draco, a character largely snipped from both edits of the final movie... and never seen again in the subsequent series.  He was obviously due to feature more prominently as he turns up in various pieces of print merchandise and even had action figure in the short-lived Mego toy line. 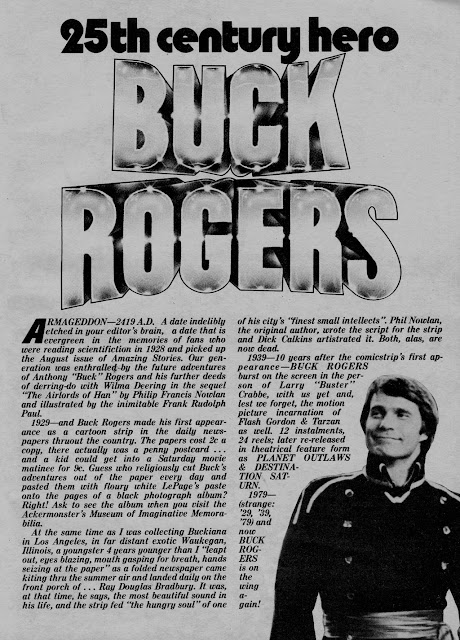 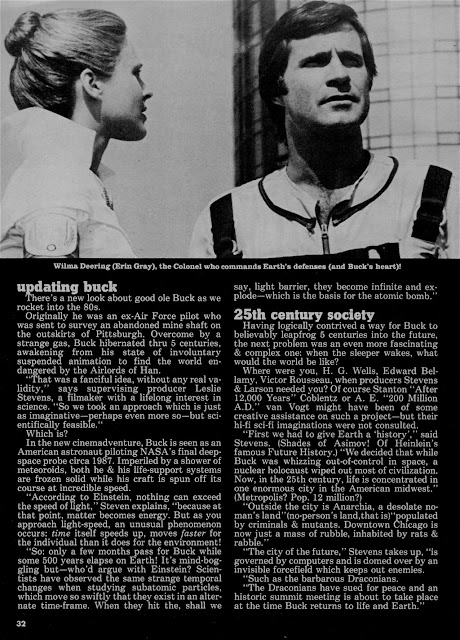 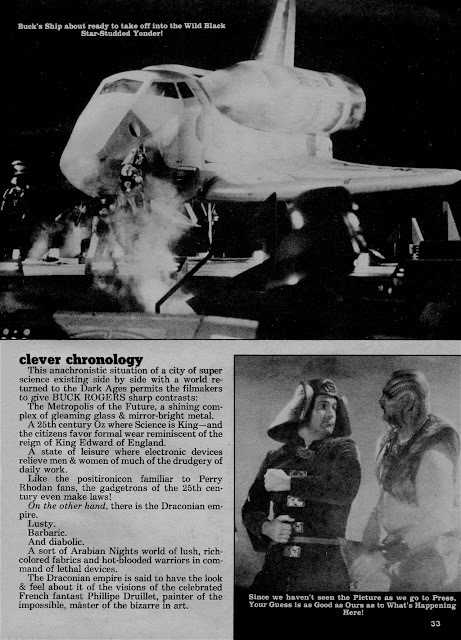 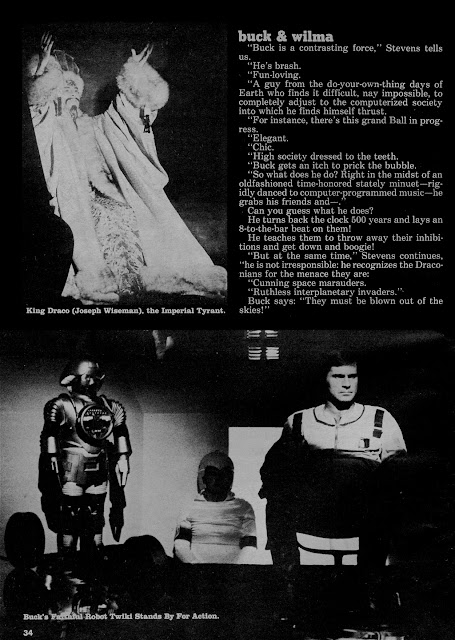 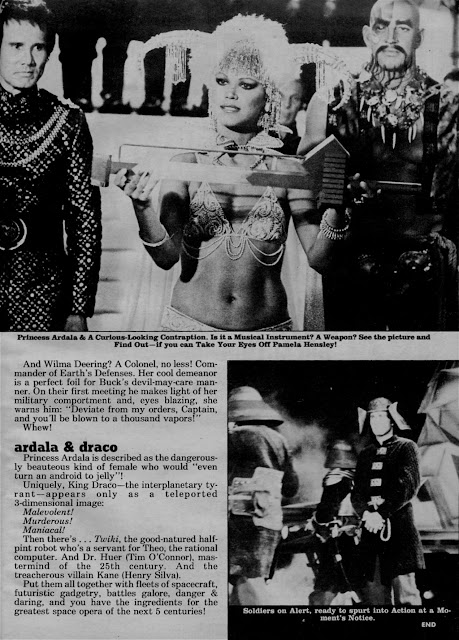