I have a hunch, for many Americans of a certain age, this crazy photo-montage cover and breathless (and lengthy) article, written in FAMOUS MONSTERS inimitable style, was their first exposure to DOCTOR WHO.

The show had started to make small inroads into the United States, thanks to distribution deals signed by the BBC and PBS, from the mid-seventies onwards but the boom years of the early eighties (which the Beeb, typically, squandered by under-resourcing the show, cutting the number of episodes produced, suspending production for eighteen months and - generally - doing what they could to kill the show) were still a few years away.

The article appeared in issue 155, cover-dated July 1979.  Published, of course, by Warren. 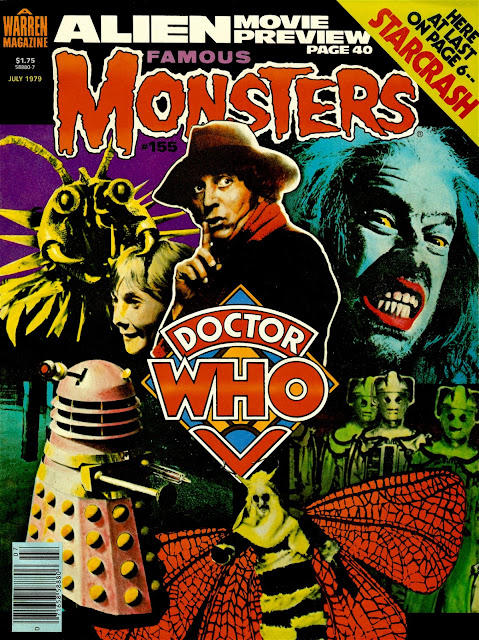 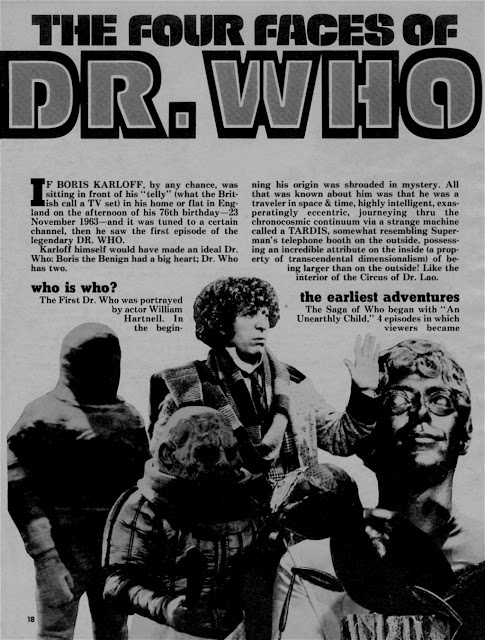 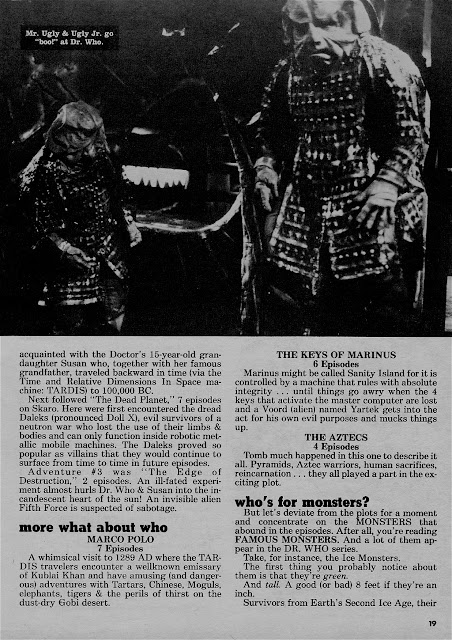 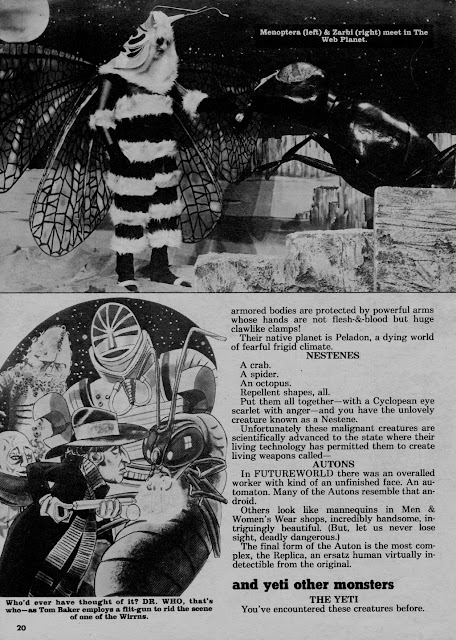 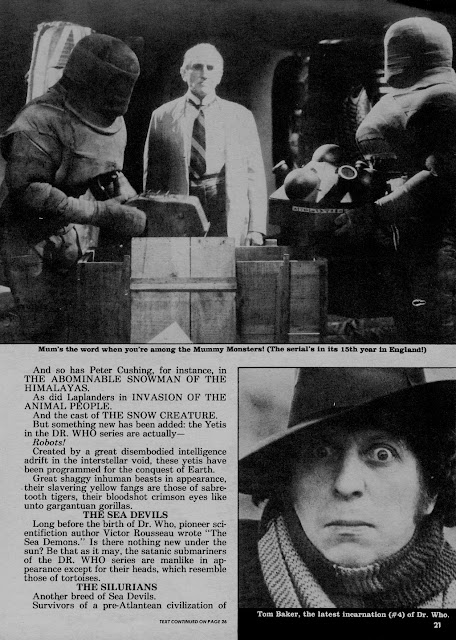 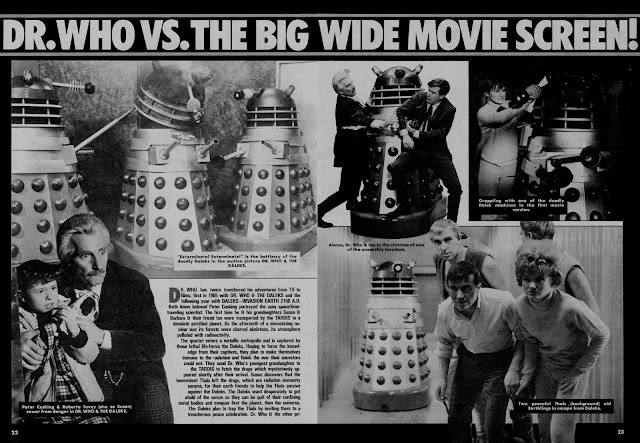 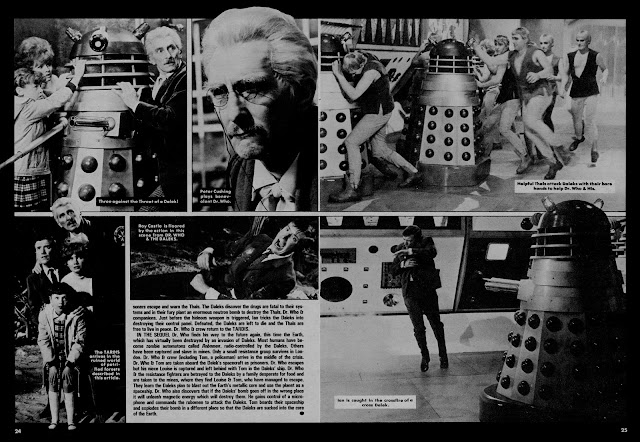 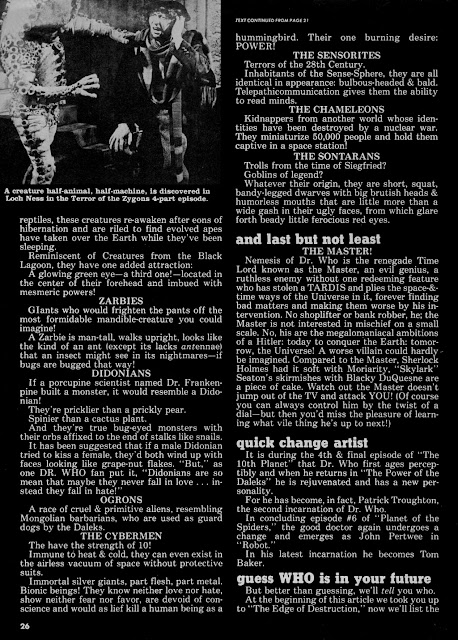 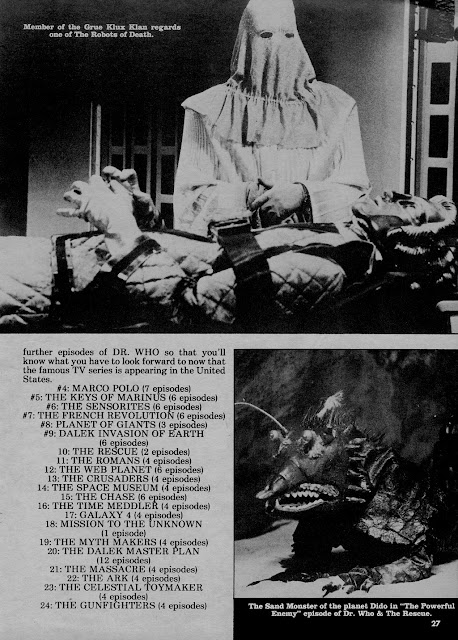 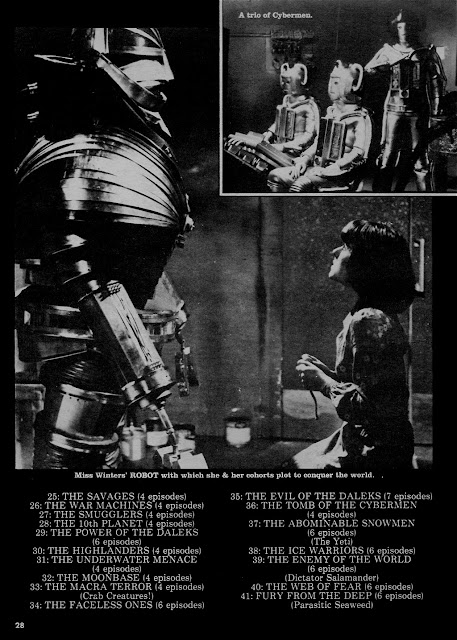 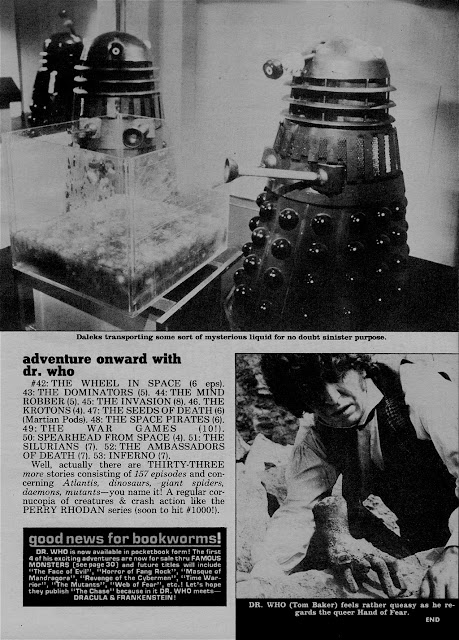 Email ThisBlogThis!Share to TwitterShare to FacebookShare to Pinterest
Labels: 1979, DOCTOR WHO, FAMOUS MONSTERS