I teased it yesterday but here it is: the cover and feature pages from the landmark 100th issue of STAR WARS WEEKLY, published in January 1980.

The main attraction was an extended instalment of the SW strip: the first 17 pages of the 1st US STAR WARS ANNUAL (US annuals were/ are one-shots, boasting an extended page count, published in the usual comic book format and not to be confused with their British hardback namesakes) but it's the supporting text features which are the most fun to see again.

The retrospective of the first 100 issues is unusual although, in addition to the quoted credits, it would have been nice to see the cover artists name-checked as well.

The 'co-stars of the future' montage looks like it could double as an add for FUTURE TENSE (launched late the same year) although only Warlock, Star-Lord and the Micronauts actually appeared in the short-lived anthology.

C-3PO never did get to see issue 200.  A schedule change to monthly in late 1980 (coinciding, not coincidentally, with the launch of Future Tense) drastically slowed the release schedule and the original numbering was abandoned - in favour of resetting with a new launch issue - with the release of RETURN OF THE JEDI. 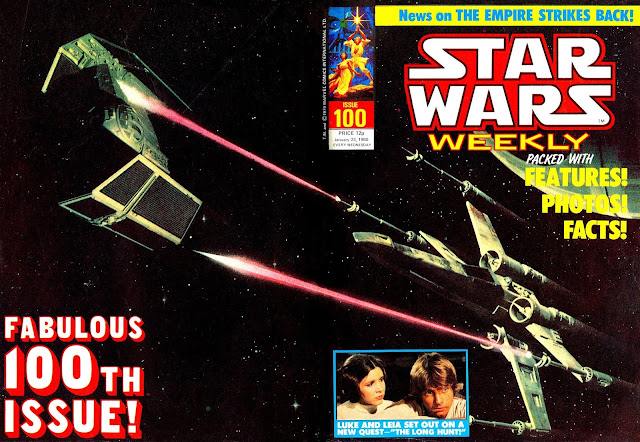 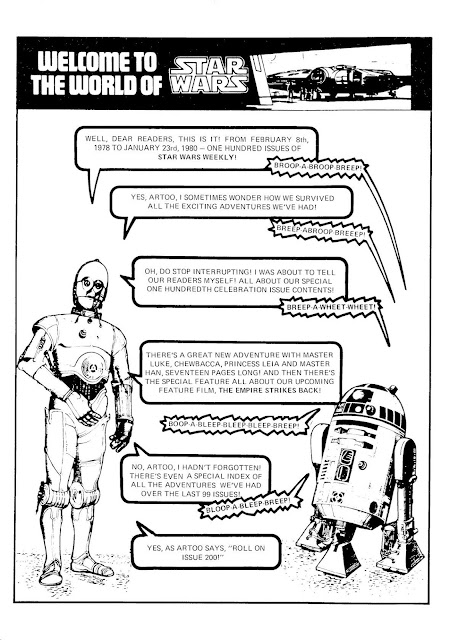 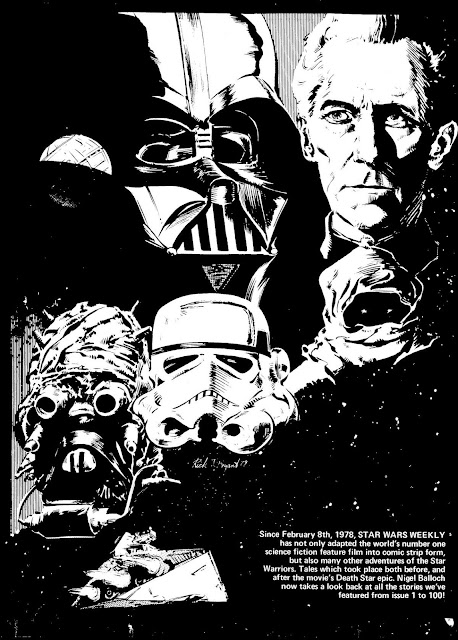 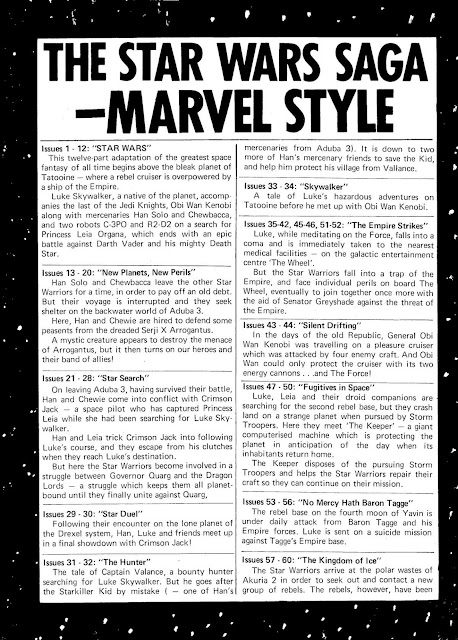 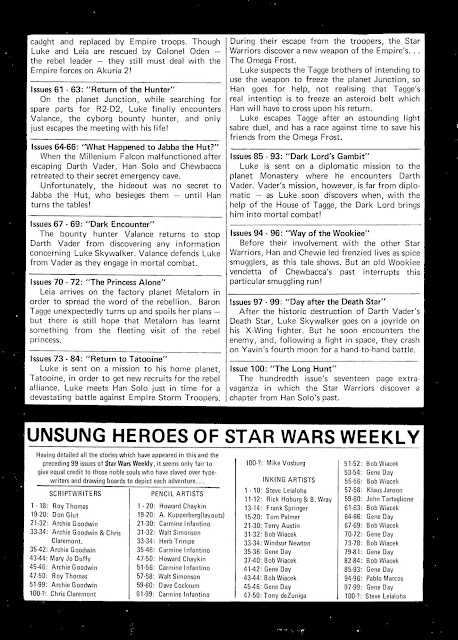 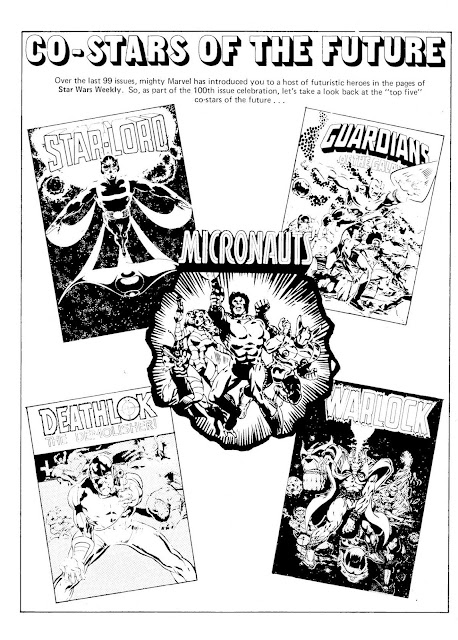 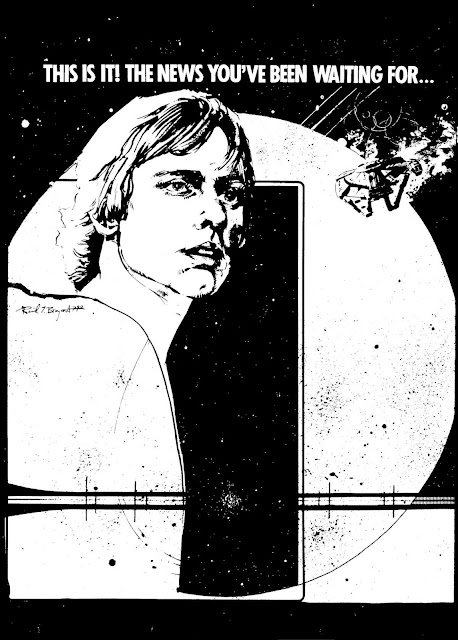 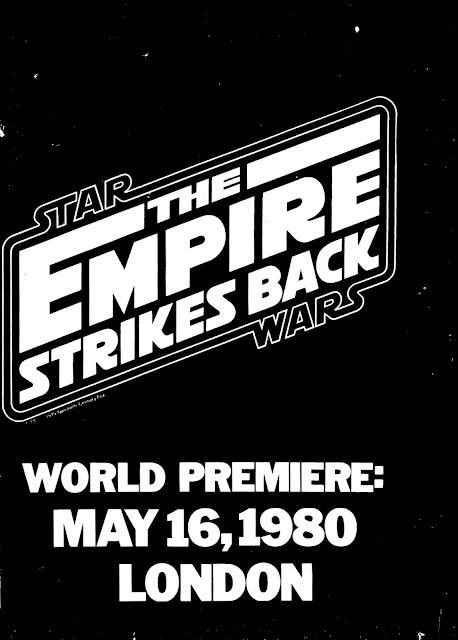 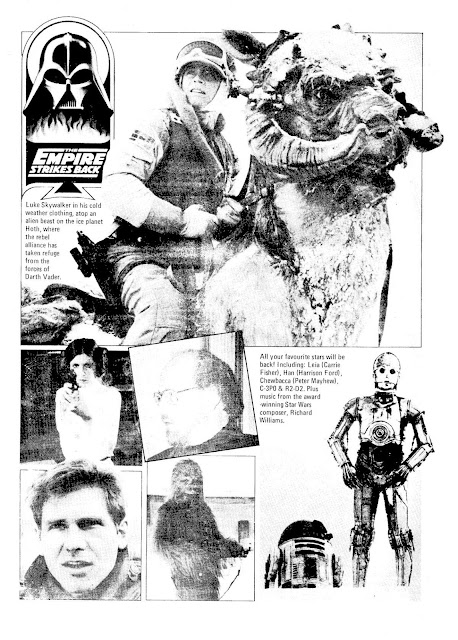