This is a mighty Marvel UK obscurity pitched at a younger audience: SPIDER-MAN'S PLAYTIME FUN-BOOK WINTER SPECIAL, published in 1981.

It combines puzzle pages (presumably from the American book... the name of which briefly escapes me) with reprints from SPIDEY SUPER STORIES.  As such, it could be seen as being a prototype for the later incarnations of SPIDER-MAN'S own weekly (see posts previous) in 1985.

The "Amazing Friends" reference is interesting: the TV show debuted on NBC in the autumn of 1981... but didn't reach British screens, courtesy of the BBC, for another two years. 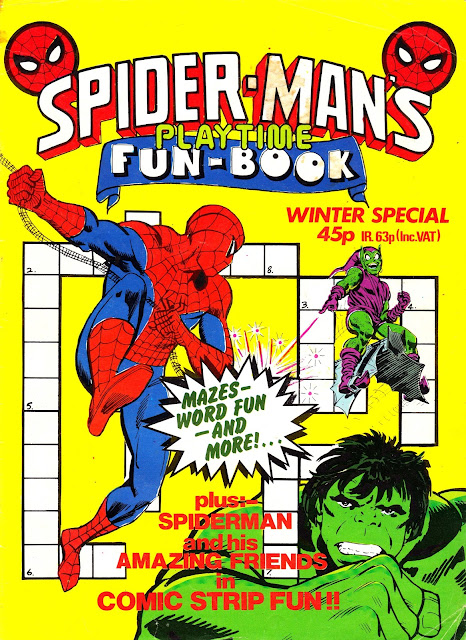