1979: THE BUCK ROGERS IN THE 25TH CENTURY FOTONOVEL

From 1979: The BUCK ROGERS IN THE 25th CENTURY FOTONOVEL.

This was - for the longest time - something of a grail item for me.  I knew it existed but - for some reason - I had never spotted one out in the 'wild'.  Maybe it's not that unusual, these 'fotonovels' seldom seem to surface on the second-hand circuit so why should Buck Rogers be any different?

Except that the BATTLESTAR GALACTICA edition pops up from time-to-time.  And the STAR TREK ones (based on selected episodes of the TV show... and the first two movies) also seem more plentiful.  Others, like THE INCREDIBLE HULK one (adapting the TV pilot/ faux feature), command silly prices on Amazon.

It was clearly intended for sale in the UK although I suspect that the pence price has been added afterwards (or as part of a run-on) as it doesn't look quite right.

I finally managed to track down a copy - at a price I was willing to pay - and here it is.  It's an adaptation of 'The Awakening' and was clearly completed after the edit was finally locked at there are no missing scenes.  Unfortunately.

It continues to surprise me that some mass-market items, like this and the Marvel STAR WARS paperbacks, seem so hard to find despite being based on popular mainstream media franchises and presumably published in numbers that even if small at the time would make most publishers very happy today. 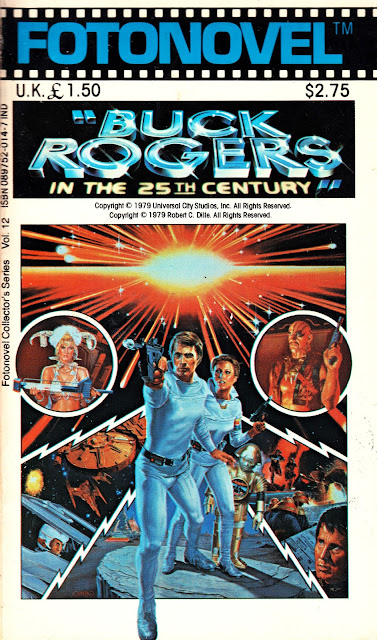 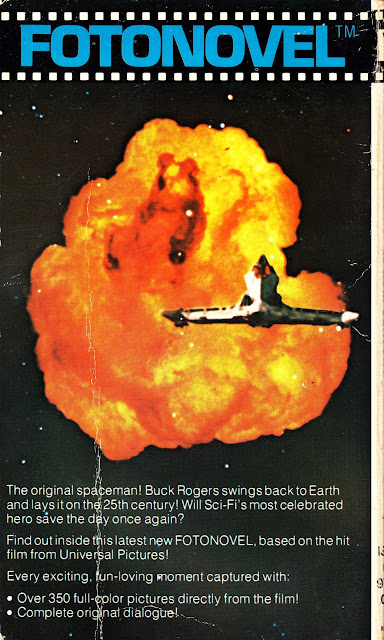 Email ThisBlogThis!Share to TwitterShare to FacebookShare to Pinterest
Labels: 1979, BUCK ROGERS IN THE 25TH CENTURY