From November 1995: Issue 33 of HORIZON, THE BLAKE'S 7 APPRECIATION SOCIETY.

I suspect I'm not the only B7 fan who was 'reunited' with the show when the BBC started to release the show on tape in the early 1990s.  And I bet I'm not the only person who started off just buying one tape for nostalgia's sake... and then finding that I had to buy the whole lot as the addiction grew.

I also joined HORIZON (who had a useful plug on the back of every BBC tape, a move that probably helped deflect a ton of mail landing at BBC Woodlands wanting to know more about the show and the cast) around this time.  And rejoined several times over the next few years.  I don't honestly recall if this edition of the newsletter was one that I had at the time or one that I found later.  They don't surface in the wild very often.  As far as I know, copies were only ever available to members with - maybe - overstocks also sold at conventions.

The Horizon newsletters were, in my time, very hefty affairs stuffed full of letters, articles and updates (either news or reviews) of the cast's latest work.  Which seemed to involve a lot of trips to the theatre.

Spin-off publications included fiction-based fanzines (never my thing), a compilation of interviews (which i posted sometime previously) and a rather excellent Technical Manual with detailed plans and cross sections of assorted hardware and ships seen on the show.

I'm revisiting episodes of assorted Star Age SF shows at the moment (WAR OF THE WORLDS last night, BATTLESTAR GALACTICA earlier in the week) and rewatched a couple of long-unseen B7 S4 outings.  They have a reputation, not entirely undeserved, for looking a little rough around the edges and suffering from some overacting.  But I was impressed by 'Orbit' by Robert Holmes.  Not only does it include one of his trademark double acts but the performances towards the end of the episode, by Darrow and Keating, are first class.

Now... If only Network would get around to releasing Darrow's 1990 Thames series MAKING NEWS. 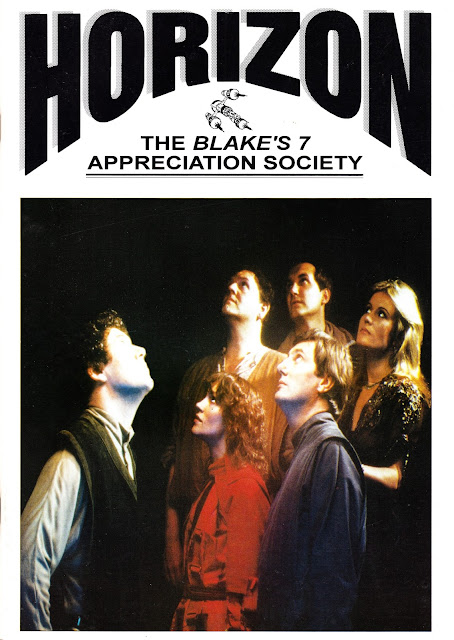