From February 1982: Relaunch alert!  BATTLE is about to get a bold new mission!

It's generally agreed that IPC's BATTLE (created by Pat Mills and John Wagner and launched in March 1975) was a cracker of a comic... not least because it gave us Johnny Red and Charley's War, two strips that outlived (albeit by reprints) the comic itself.  And still in print today.

The critics are quick to claim the at the rot really set it when IPC signed a deal with the 'devil' and gave over half the page count to strips promoting the ACTION FORCE toys.  I have to disagree with that... I'm a big fan of the Action Force era and recently aquired an almost-complete run of that period in Battle's history.

I'd argue that the last true issue of BATTLE is this one.  The last to pretty much (mergers allowing) to follow the 'total war' formula as concieved back in '75.

As you can see by this two-page teaser before... BATTLE was about to become an 'adventure' comic, throwing in new strips that tapped into the popular trends of the time... action TV shows, martial arts and - ahem - CB radio.

'The Hunters' were two special agents of the sort that can be assigned to any mission, anywhere, at the whim of the writer.  The comparisons to LWT's THE PROFESSIONALS were numerous.  'The Fists of Jimmy Chang' channeled the martial arts boom... probably about a decade too late.  Marvel London had been serving up Masters of Kung Fu across a variety of titles since the Seventies (and would continue to do so.. a strip even made it into their version of ACTION FORCE).  Indeed, so tired was the franchise looking in 1979 that Dez Skinn reworked the reprints, in MARVEL COMIC, to create his own Professionals inspired knock off.  'Truck Turpin' was Battle's trucker movie, and quite possibly hoping to excite fans of BJ AND THE BEAR.

The reboot did at least hang onto some of the older strips... a tradition that would continue even after the Action Force takeover.

The changes must have worked... at least for the moment.  The new formula continued right through 1982 and most of the following year.  The first Action Force strip, initially a four week booking, appeared in July 1983.  The powers-that-be must have been chuffed because - just in time for the Christmas sales season - Battle became BATTLE ACTION FORCE in October.  The licensing deal ran through to late 1986, at which point the comic reverted to being BATTLE and slipped into a holding pattern until it could introduce Storm Force (basically a great idea for a toy line... without the toys) in 1987.  That move kept Battle in business a bit longer... but those last issues were pretty scrappy (despite better print quality) and it was clear that, under the ownership of Robert Maxwell, everyone was just managing decline.  It was cancelled, after 673 issues, in January 1988. 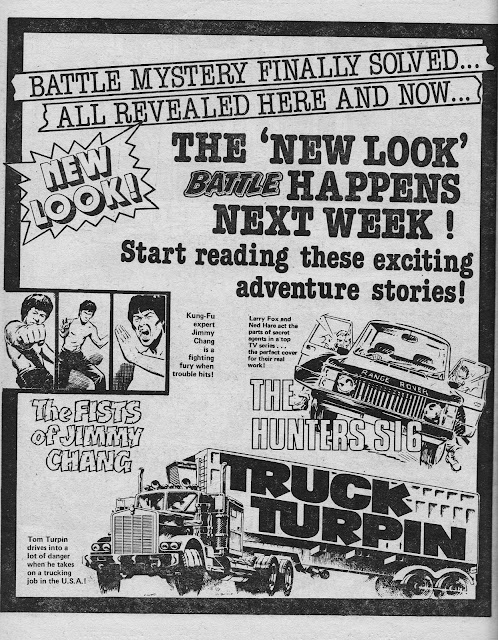 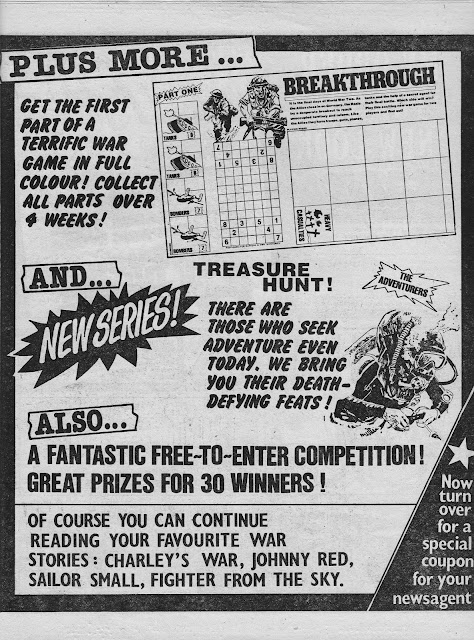 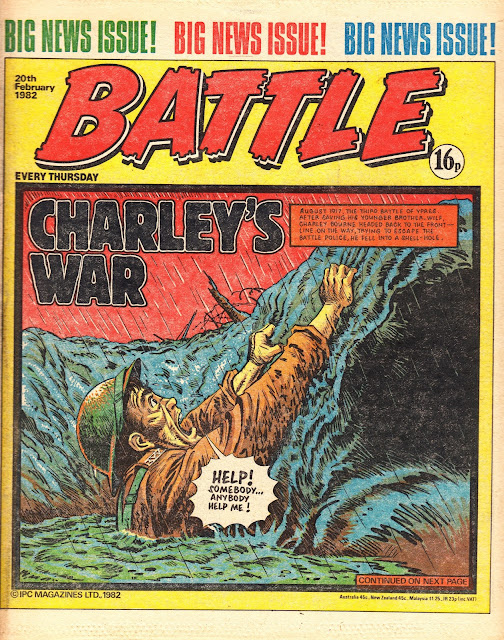