From the VHS shelf: another long-lost tape that never made it into the age of the shiney disc: ADIOS ELDORADO.

You have to admire the bravado of BBC ENTERPRISES for getting this tape into shops just as BBC ONE cancelled the show.  A neat commercial move to capitalise around press coverage of the show's premature (in my opinion) closure.  Especially as the ratings had been on an upward curve for the previous few months.  Maybe the BBC would have had a moderate hit on their hands (and spread the cost of their investment a little further) if they had held on for another twelve months before deciding whether to pull the plug.  Instead, as is often the case, it fell victim to management changes when Alan ('Kids Company') Yentob took over the BBC ONE hotseat.

I can't say that I was a regular viewer (three times a week is a lot of watching... and I'm not much of a soap viewer anyway) but i was there for the start and I was there for the end.  And I dipped in and out inbetween.  There was a lot wrong with it, from writing through casting through to strained production standards but there were the seeds of a good show.  It just needed time to sort things out... and the problem with making ninety minutes of TV a week, 52 weeks of the year, is that there is never time to stop and marshall your forces.  Especially if you need to get more episodes in the can to allow everyone to have a bit of a Christmas break. 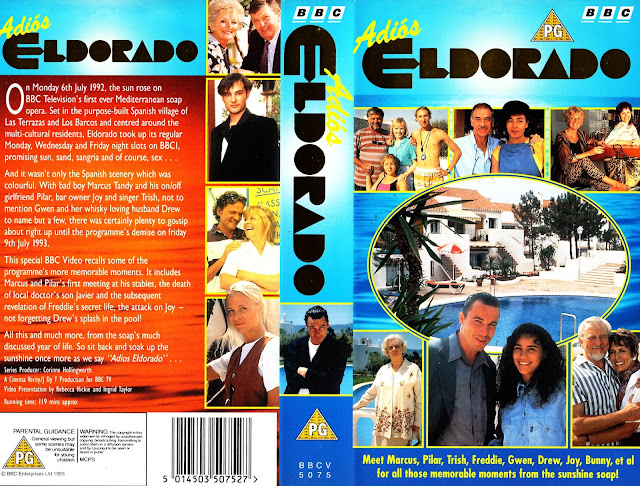