From 1988: MERGER ALERT!  Here's how the EAGLE announced the impending arrival of the refugees from the fall of BATTLE.

Despite the traditional hype ('Big News Issue!') it's obvious from the two-page house ad that this is now EAGLE AND TIGER style combination of equals (at least until the dust settled).  The BATTLE logo is conspicuously smaller than the Eagle's.  Funny that.

I think, by this point, two-thirds of the BATTLE strips were reprints anyway with only the fairly new Stormforce (introduced - after a treading-water hiatus - to plug the large gap left by the withdrawal of ACTION FORCE).  Maybe that helped to stunt in-house enthusiasm for the merger. 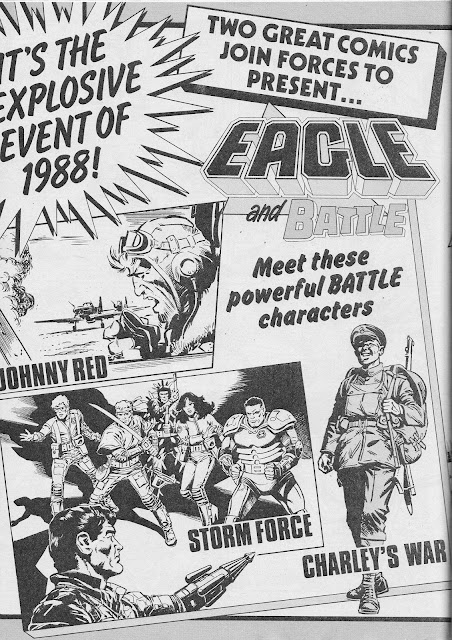 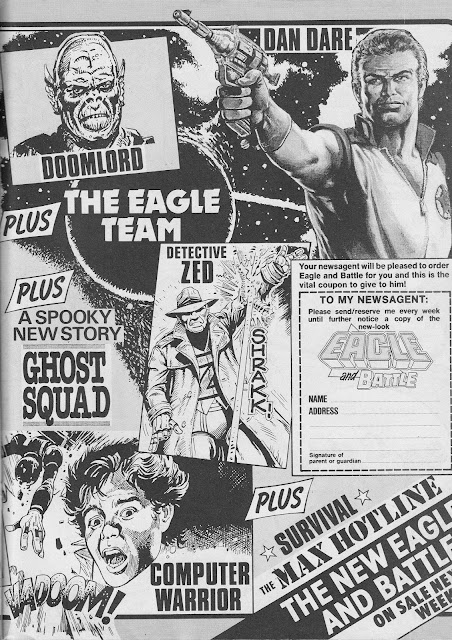 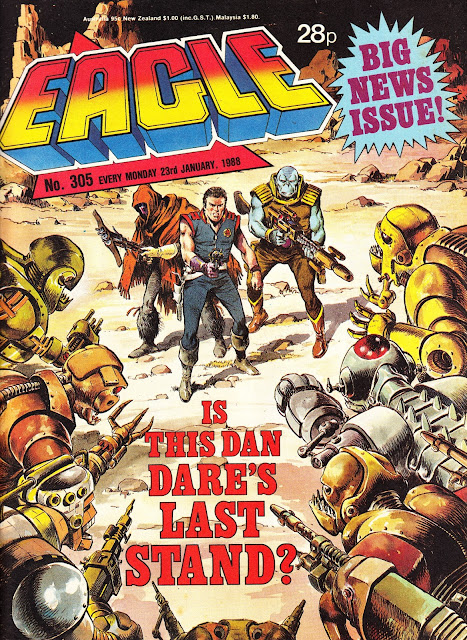