None of the three new strips fit the existing BATTLE formula and it's obvious that IPC had realised the finite appeal of the all-war format of old.  The three newcomers all feel like they could all have been lifted from a particularly exciting night's viewing on ITV... although the martial arts might have made the IBA a little nervous.

Maybe the management were already thinking about a future without BATTLE and were introducing adventure strips that were better suited to being shifted into another title... possibly the new EAGLE, launching around this time.

By the following year, the rumours of an impending closure had grown louder and were now being reported in the fanzines... but then ACTION FORCE entered the circulation warzone and - much to the grumblings of the old guard - took over half the page count.  Were they really any worse than Truck Turpin?  IPC and Palitoy formed an alliance because the publisher needed the business and the toy company needed a comics partner after their early plans, announced to the toy trade, to launch a new weekly with MARVEL UK somehow collapsed. 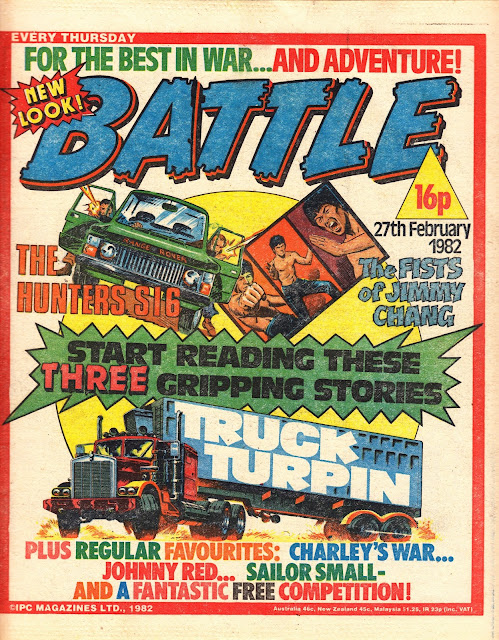