From January 1998: A bit of James Bondage from now-defunct movie magazine NEON.

TOMORROW NEVER DIES co-star Michelle Yeoh is now starring in the new STAR TREK series, DISCOVERY, which is due to hit screens in September.  The trailers certainly look spectacular... but it remains to be seen whether it has the heart and soul of the franchise at its best.  And the Klingons do look a bit silly.

There's also been much moaning in the social media sphere that the new show - at least in the States - is going to be on the CBS paid platform.  And fans ain't happy that they are going to have to splash more cash for their Trek.  I think the lack of new TV Trek for over a decade is a sure sign that the old ways are dead and gone.  And certainly not capable of bankrolling a new series. 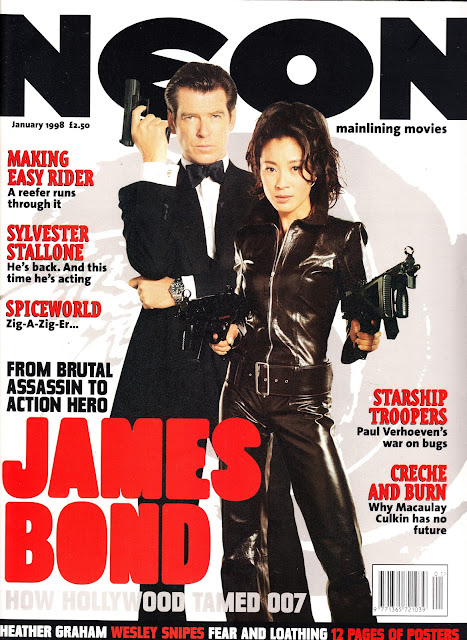 Email ThisBlogThis!Share to TwitterShare to FacebookShare to Pinterest
Labels: 1998