1993: A GUIDE TO AVENGERLAND by ANTHONY and ANNETTE McKAY.

From March 1993: A GUIDE TO AVENGERLAND, a spin-off from TIME SCREEN magazine.

Avengerland, as the back cover explains, is that oh-so-familiar part of England in close proximity to London and - more importantly - Elstree studios.  That location and ease of access (plus: it gives a mix of rural and urban locations and productions can nip into North London if necesary) means that the area has been heavily featured in TV shows and films for decades.  They heavily featured in THE AVENGERS and the various 'action factory' ITC shows of the Sixties and Seventies.  Which is where this book comes in.

I love location spotting so this is the sort of publication that is right up my street.  Other books and publications along similiar lines have included a professionally published book dedicated to AVENGERS locations by Chris Bentley (which i have just looked up on Amazon... copies seem to go from around the 46 quid mark... which is nuts as I picked up my copy from Borders back in the day!), a fan-produced guide to DOCTOR WHO locations and a professionally published equivilant (priced today at a more reasonable 15 quid).  The latter two published before the series went back into production. 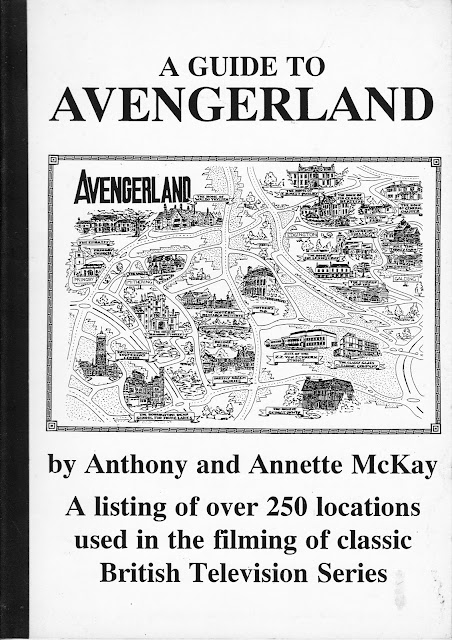 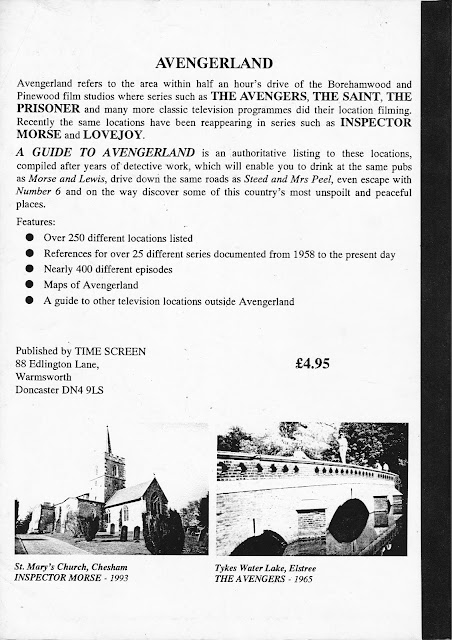 Email ThisBlogThis!Share to TwitterShare to FacebookShare to Pinterest
Labels: 1993, THE AVENGERS, TIME SCREEN