From 1979: Last Issue Alert!  After only 22 issues, IPC's TORNADO ran out of luck and announced its impending merger with 2000AD.

I posted the first merged issue the other day but this is the last of the vanquished, complete with the customary 'great news chums' cover splash... an announcement that meant either an impending freebie (this was the time when announcing an announcement was almost as big as whatever was being announced... sometimes bigger if it was just going to be a Heinz badge taped to the following week's cover) or the axeman cometh.

It's interesting that the merger page goes big on the 2000AD characters and only mentions Tornado's lucky survivors as an afterthought.  Maybe no one thinks they are a strong selling point!  I'd have also changed how I presented the logo so that - in the advert at least - Tornado didn't look like such an afterthought. 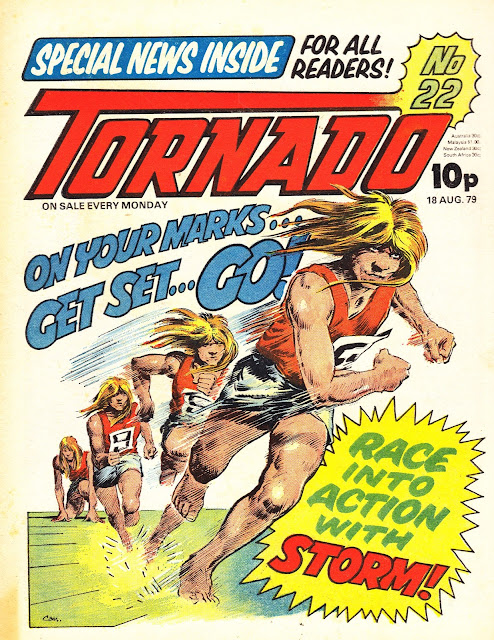 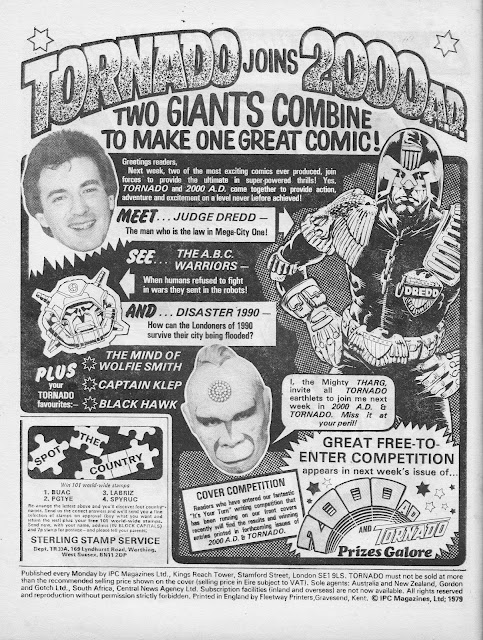