From November 1995: A copy of TREKKER, a US news-based fanzine (watch out!  Watch out!  The internet is coming!) which - despite the lawyer-baiting masthead - actually covered a bunch of current US telefantasy shows.

I found a few issues of this lurking in a dealer's back issue box.  I seem to recall seeing copies in comic stores back-in-the-day so this must have had reasonable distribution.  I think I considered it poor value for money compared with the British magazines.  And left it right there on the shelf. 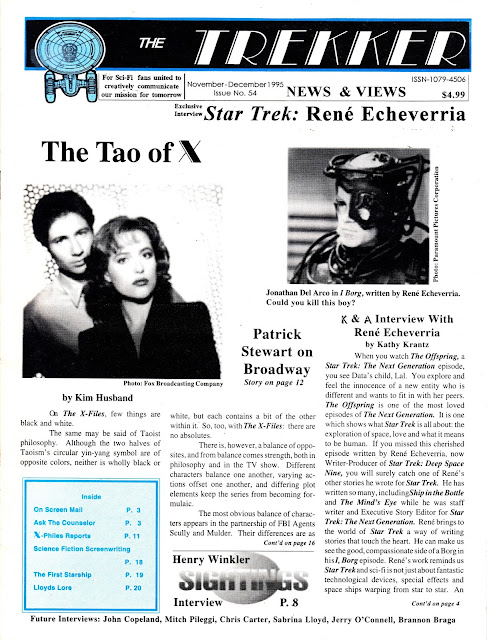 Email ThisBlogThis!Share to TwitterShare to FacebookShare to Pinterest
Labels: 1995, THE TREKKER