From January 1988: the first combined issue of EAGLE AND BATTLE.

As with the previous week's house ad for the merger, the combo is pretty low key.  I almost missed that this was the first combined issue when I was flicking through a stack of random back issues in one of my boxes...  There's none of the hoopla that surrounded the TIGER merger of previous years and there's a real sense of 'that'll do'.

The transferred strips were Stormforce (which appears to have already been doing double-duty in both BATTLE and EAGLE anyway), Charley's War and Johnny Red.

BATTLE did continue to appear as the occasional annual and special... I certainly have a copy of a special that was published (in the old tradition) several years after the main comic had been killed off. 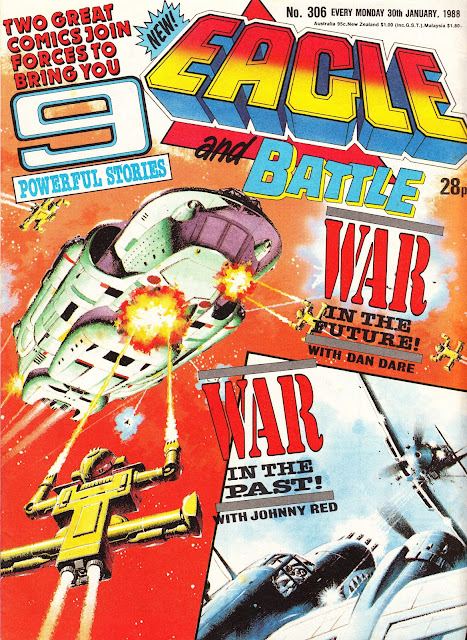