This is issue 8, on-sale in September 1980 with an October cover date.

I would guess this is one of the lesser-known Marvel UK STAR WARS tie-ins, even if it it is of a more unofficial nature than the regular weekly/ monthly and assorted spin-offs.  Marvel NY were unaware of its existance until I alerted them.  It remains to be seen whether this cover will appear in their upcoming omnibus (which will now - it seems - contain less than originally billed) of British STAR WARS material. 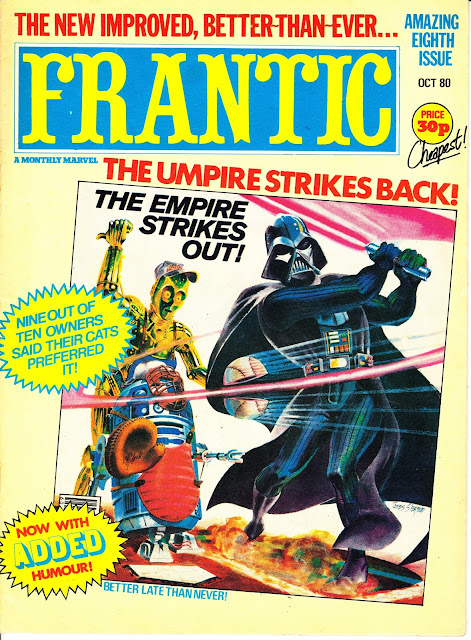